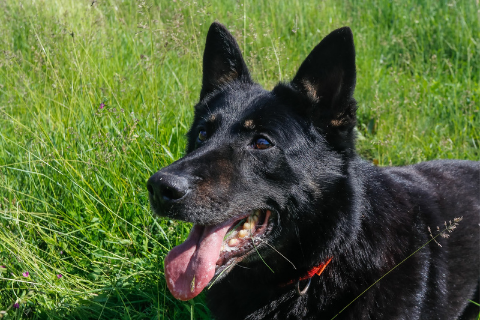 BirdLife Hungary created a poison and carcass detection dog unit (PCDD) in 2013, that has been playing a significant role in the fight against raptor poisoning ever since. Falco, the cornerstone of the unit is now retiring, after seven exceptionally successful years.

In the past years the unit, led by Gábor Deák, has achieved outstanding results in the detection of poisoning related crime. They have carried out more than a thousand filed searches, found 585 poisoning related evidence, that makes them one of the most successful poison and carcass detection dog unit in the world.

The idea of creating a Hungarian dog unit has already emerged within BirdLife Hungary in 2010. But finding the most suitable trainer, handler and dog was not easy, there was no previous experience to rely on, as such a dog unit had only existed in Spain and in Italy previously. After three years of preparations, the work could began in 2013 within the scope of the HELICON LIFE project. The training was led by Service Dog Training Center of the Hungarian Police in Dunakeszi that already had decades of experience in dog training, and a former volunteer of BirdLife Hungary, Gábor Deák was chosen as dog handler. All there was left to do is to find the best dog for the task.

There was the 10 months old Falco, who was not the easiest, most cooperative dog among all the chosen animals, but with the willpower, stamina and work ethic of a German Shepherd, his performance was outstanding even if the other dogs were also exceptional. Eventually, János Maticsek leading trainer, had chosen Falco to partner up with Gábor Deák, and the training of Hungary’s very first poison and carcass detection dog unit could start.
Gábor and Falco participated in a four month long training similar to that of drug detection dogs, but instead of drugs, Falco had to find animal carcasses and the most frequently used poisonous substances. 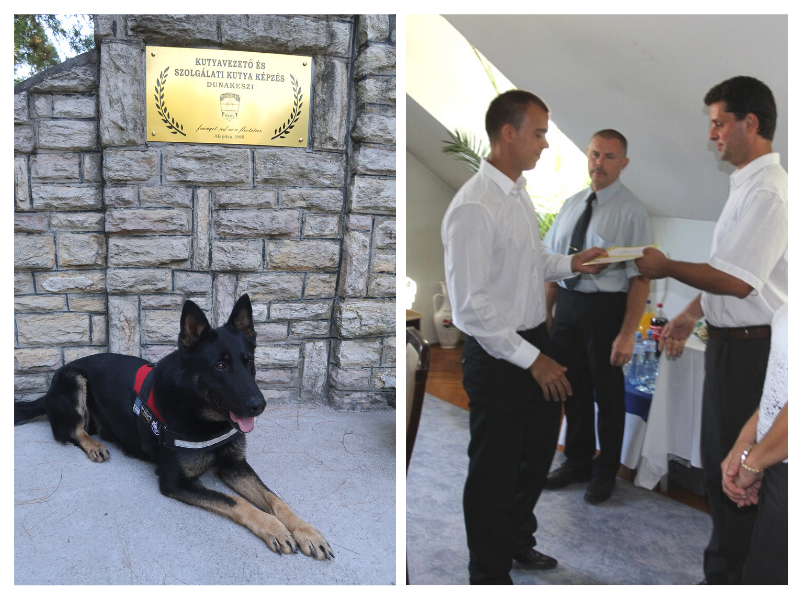 Dog and handler on the day of a successful exam (Photo: MME)

They get each other

From this day on, Gábor and Falco spent each day together, and not only developed professionally, but also started to get to know each other. „At first I was not more than a service personnel to him, who gave him his toy. But as we spent time working together, spent all our days together, the bond became stronger and stronger, and now I know from the smallest movement what he wants, what that particular signal means. It is the same for him, all I have to do is to nod and he goes exactly where I want him to go.” This is actually the secret of our success. As one Bulgarian colleagues said, the dog and the handler act like they are the same person. 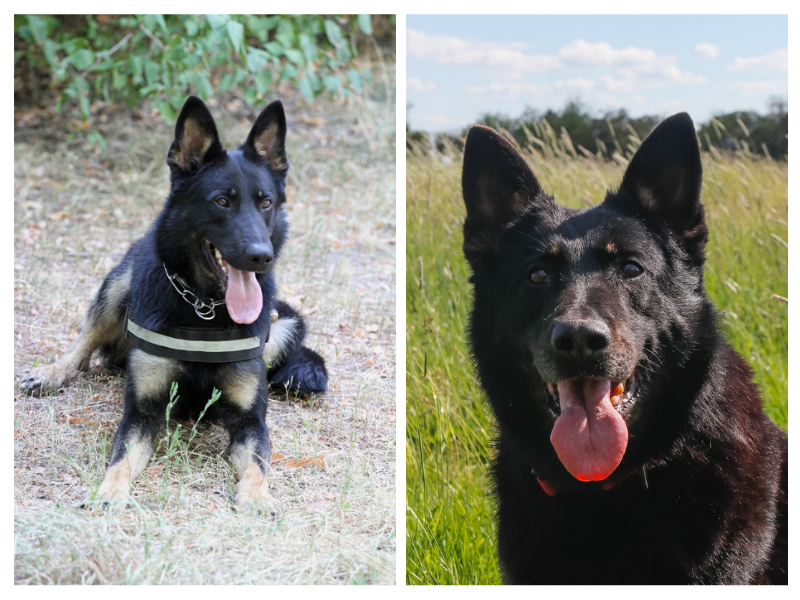 Since his employment, Falco carried out 905 field searches and on 403 occasions he managed to find poisoning related carcasses or substances. It is fair to say, ha has been working all the time in the past 8 years, there were times when he was out on the field 7 days a week, but he has been working 3 days a week on average.  „Even out of peak season, we took him out to search 2-3 times a week to keep his condition.”

So how the person who knows him best does sees him? „He loves to work, he is easy to handle and to control, but he is also greatly independent, which is a must in this job”- says Gábor. „It also comes handy that Falco is a slightly hyperactive. At the beginning, when we got home and I let him out in the garden, he was searching, working. It took time till he learned how to relax, because all he wanted to do is work.”
Falco spends his days with five other dogs in Gábor’s home, he is very social, so gets on well with the other dogs, but he is the leader of the pack. „He is not only a good service dog and colleague, but he is great as a family dog, too. It took him a while to get used to the conditions at home, but now, when he is not working, he is just like other family dogs.”

The most successful unit

Although Falco is a poison and carcass searching dog, he managed to achieve great results in other areas as well. „Even after training, he had to learn continuously, as we also figured out new issues during field visits. For example, he also had to learn to search for mummified carcasses. Apart from finding poison, he was trained to find decomposing animal carcasses, but a carcass that is now only bones and feathers smell completely different than a recently deceased animal.”
Apart from his basic duties, Falco has participated in other tasks throughout the years. With Gábor, they searched for steppe polecats and illegally shot wolves, and animals dying of electrocution or mowing. It turned out, that Falco is really successful in searching for wolf faeces, but there was a time when a few kestrel chick were rescued, because he found the fallen nest. But the successful raptor poisoning related house searches – both in Hungary and the surrounding countries – are all Falco’s achievements.

Falco was succesful in sniffing out electrocuted birds, too. He even rescued a few kestrel chicks, when he found a fallen nest box.

When Gábor and Falco started their joint venture in 2013, they were the first poison and carcass detection dog unit in Central-Europe and the third not only in Europe (Spain and Italy were ahead of them), but in the whole world, Luckily since than several similar units are operating throughout Europe, for example Greece and Bulgaria (the Bulgarian dog unit was trained by the Hungarian experts). Lately in Czechia, Slovakia and Austria joined in with a dog unit, within the scope of the PannonEagle Life project. Based on the results, however, it is beyond doubt that the Hungarian unit is one of the most successful in in Europe and played a crucial role in bird crime mitigation. 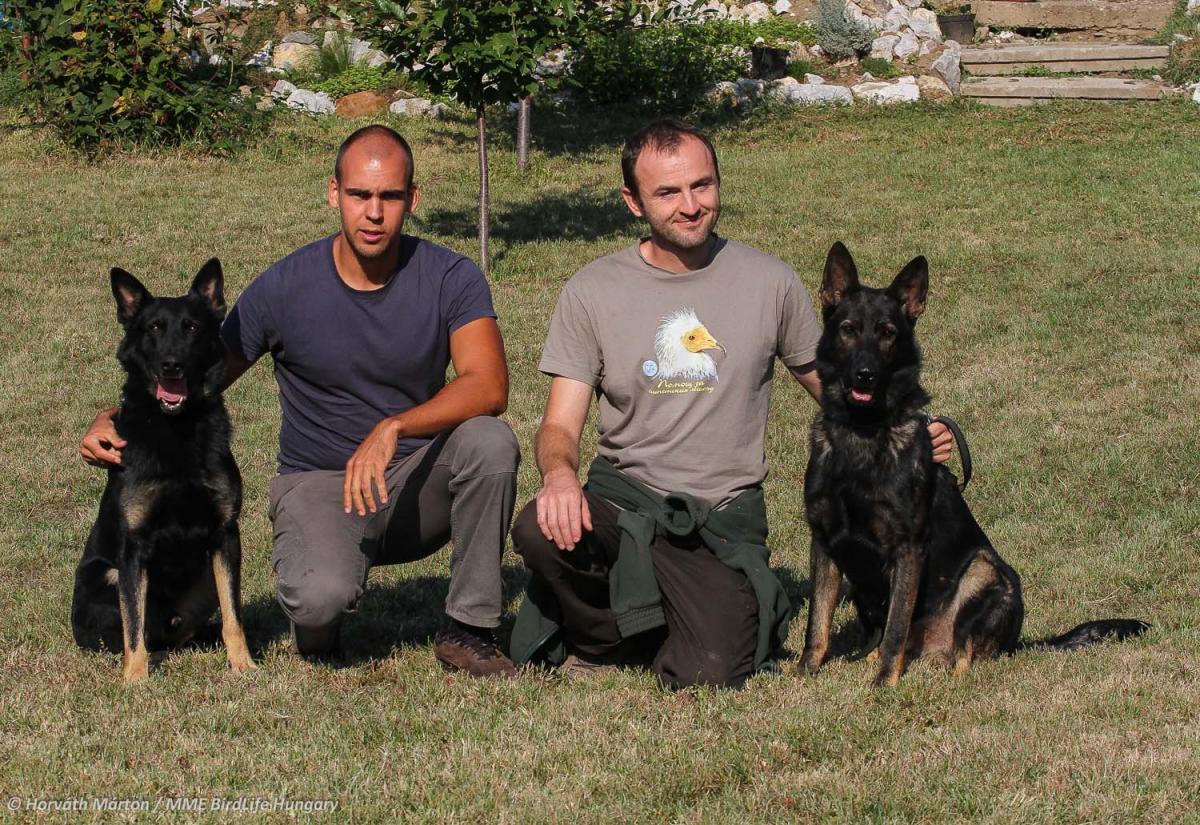 The Hungarian dog unit assisted in the training of Bars, and his handler Nikolay Terziev from BirdLife Bulgaria (BSPB) (Photo: Márton Horváth).

The fire is still burning

In the past years Falco got companion, Carlo, the Belgian Shepherd joined him in 2017, and Hella, the German Shepherd in 2020. They had been shadowing Falco for a long time, but from this year own, they’ve taken over his duties completely, as Falco turned 9 in May and is about to retire. If it was up to him, he would continue working. „The fire is still there, he is the first to show up for work at the door in the morning. His spirits are pushing him, he would want to keep going all day, but his body can’t take this sort of demand anymore.”

Falco got a "cake" for his 9th birthday, dog salami replaced the sponge and liver paté served as the chocolate filling (Photo: Márton Horváth).

For a service dog, the years of retirement will not be about resting only, the training-like searches will still be part of his days, and Gabor will do his best to make Falco’s retirement active, and most importantly happy. Who deserves it better than Falco? 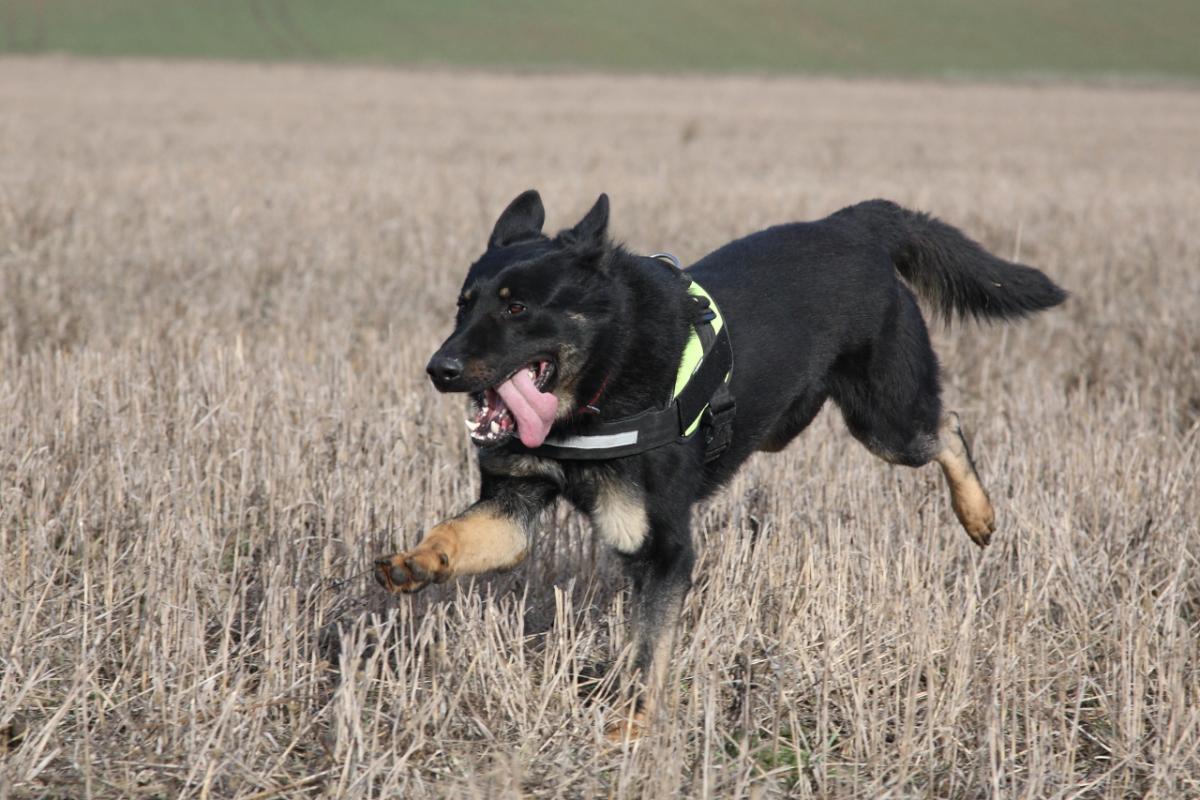