Another mass poisoning of eagles, but now in a different way

In recent years, numerous illegal poisonings were discovered, and as in the last case that occurred three weeks ago, all of those targeted almost exclusively predators. MME/Birdlife along with nature conservation organizations and concerned authorities managed to step up against it with success in several cases, thus its occurrence has been significantly reduced compared to the period of 2011-2013.

In contrast, we have been witnessing an increasing trend of poisoned birds of prey due to misuse of rodenticides. The commercially available biocidal products that contain brodifacoum are considered to be the most problematic since it may accumulate up the food chain and suppress clotting mechanism in vertebrate animals causing both internal and external bleeding which may eventually lead to a painful death in a few days.

In Hungary this active substance may only be used by the general public as specified in the authorization certificate (i.e. only exclusively indoors or in closed bait boxes in small doses). However, land managers, despite existing legislation, often overlook it and use larger quantities and in agricultural lands to reduce the numbers of voles and hamsters. Misuse of this pesticide had already caused serious damage to game species killing 80 Roe Deers and ten Common Hares in Békés County in 2015.

Although the substance may only be used indoors or in closed bait boxes, these photos show that some land managers do not comply with the rules (Photo: Imre Fatér/MME).

The importance of the bird protection aspect of this product was revealed by a satellite-tagged Imperial Eagle in the spring of 2017. The carcass of this particular bird, named after the ornithologist Miklós Vasvári, was discovered in a secluded forest in the Bükk National Park, however, its GPS fixes proved that only one day before it was still feeding near Battonya in Békés County some 200 kilometres from there. Not far from this place another Imperial Eagle was found alive, however, it died a few days later. Lab tests confirmed that both birds perished due to brodifacoum poisoning. Despite clear evidence, no perpetrators were prosecuted and punished following the police complaints.

The fact that birds may fly several hundred kilometres from the poisoning scene makes the investigation in such cases more difficult. MME’s two detection dogs, “Falco” the German shepherd and “Carlo” Belgian shepherd as well as the national park ranger service played an integral role in locating the dead eagles. 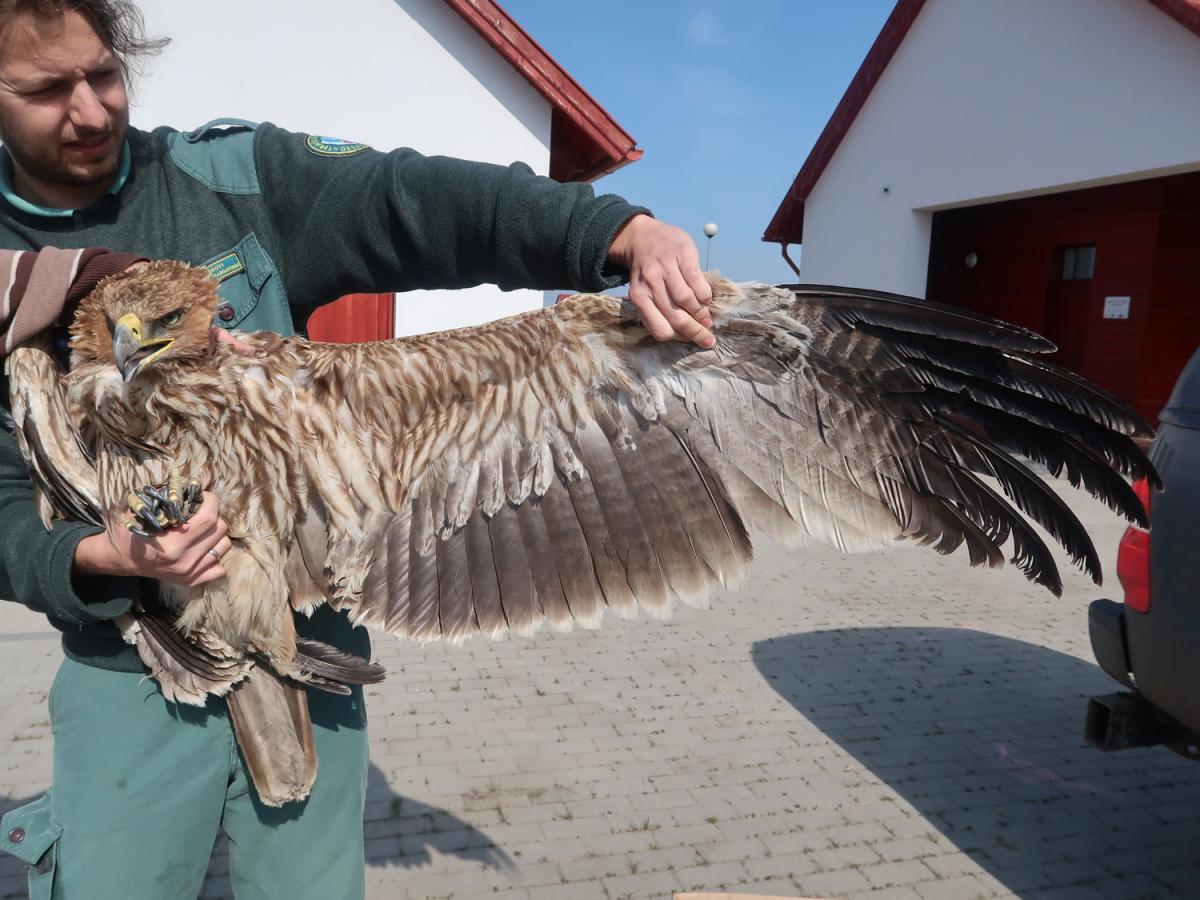 Since 2018, the number of dead protected and strictly protected birds due to poisoning has increased dramatically. Lab tests of eight Imperial Eagles, three Eagle Owls and two Common Buzzards run by the National Food Chain Safety Office have already proved while in the cases of six Imperial Eagles, one White-tailed Eagle and three Common Buzzards the symptoms and the locations of the carcasses indicated the likelihood of the presence of this active substance. The total cumulative nature conservation damage exceeds fifteen million forints but in the knowledge that most of the perished animals are never found, the actual damage is most likely many times that number.

Without question, this is a whole new and highly significant nature conservation and game management problem nationwide which requires systematic and prompt solutions. For this purpose MME/Birdlife has initiated discussions with the competent departments of the Ministry of State of Agriculture and also sent a letter to the Deputy Minister of State for Nature Protection.

Brodifacoum is a second generation anti-clotting agent that was developed in the 1970s to eradicate rodents effectively but it has spread only in the 1990s after the reconstitution of patent rights. Several studies reported that it may accumulate in the liver and kidneys of targeted species therefore it may exert toxic effect also on predators feeding on their carcasses. The active agent is potentially dangerous to humans that is why all anticoagulant rodenticides received serious criticism at the European Chemical Agency’s meeting in 2014. The negative effect of brodifacoum on wildlife has been described from more countries: In New-Zealand it has been used to eradicate invasive rodents and now it threatens the populations of Swamp Harriers while in California its presence has been detected in numerous mammal and bird species.

The periodic increase in the number of Common Vole is called gradation. In such years, they can indeed cause serious agricultural damage, however, such population growth is followed by a rapid breakdown. Among its natural predators there are numerous protected and strictly protected species: different colubrid snake species, buzzards, kites, kestrels, owls, Wild Cat, Eurasian Badger, Weasel as well as the non-protected Red Fox and Golden Jackal. Provision of artificial nests and “T” perches may further enhance the population-regulatory role of birds of prey which, based on the results of an experiment in Spain, can prevent such rodent outbreaks. Conversely, inappropriately used rodenticides may be eaten by game species such as Roe Deer, Common Hare, Common Pheasant and Wild Boar therefore their use and approval would require more careful consideration.