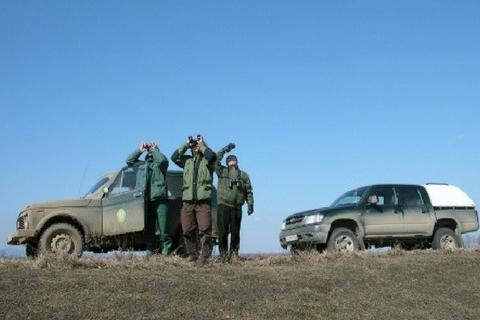 10.01.2018
BirdLife Hungary (MME) is organizing the 15th National Eagle Census in collaboration with national park directorates and other nature conservation NGOs. The census aims to monitor the wintering population of birds of prey species in Hungary.

MME and its partners have been carrying out this census since 2004, which aims to monitor the number of wintering eagles by using unified methods simultaneously nationwide, a so called „synchronized” monitoring. More than 357 volunteers participated in last year’s Eagle Census covering up to 17% of the country and registered 859-881 specimens of four eagle species along with 6100 specimens of 12 other raptor species.

For the first time this year, colleagues from the surrounding countries will also participate in the census, in the scope of the PannonEagle LIFE project, funded by the European Union. This weekend, the Slovakian, Czech, Austrian, Serbian and Romanian ornithologist will also count eagles, so if all goes to plan, the „eagle map” of the Carpathian Basin can be created for the first time.