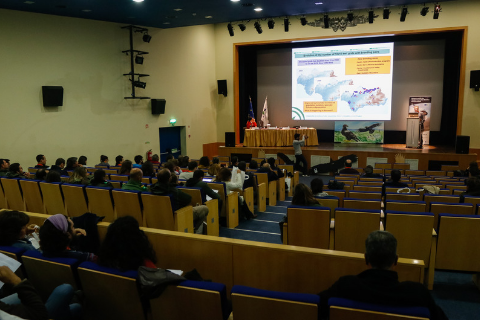 The PannonEagle LIFE project accepted the invitation of the Portugese non-governmental organization Liga para a Protecção da Natureza (LPN, https://www.lpn.pt/en) and attended the conference titled Raptors Conservation in Castro Verde between 14 and 16 November, 2019.

The event was the closing conference of the Life Imperial project and altogether more than a hundred experts participated in it, primarily from Spain and Portugal. The project has dealt with the conservation of the Iberian Imperial Eagle in Portugal, and since these two species are sibling-species, experts studying them could learn a lot from the results of each other’s work.

The portugese power company has also participated in the project, on the conference they demonstrated their bird protection devices.
Information leaflets were also created for children, participants could marvel at the original paintings. 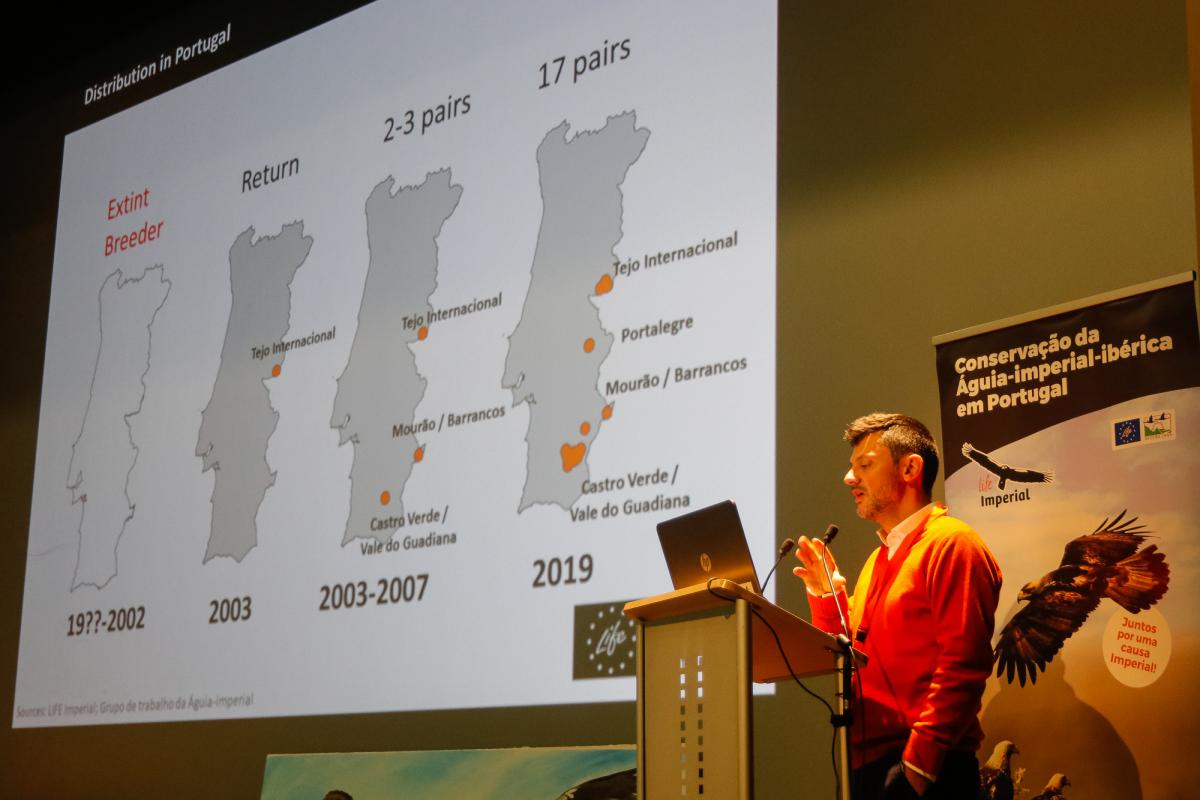 Paulo Marques (LPN) presented how the once locally extinct Iberian Imperial Eagle reappered in certain parts of Portugal since 2003.

We had two talks, one presented the experiences gained about the conservation of the Eastern Imperial Eagle in the past two decades while the other reported on the objectives of and the results to date achieved in the PannonEagle LIFE project. a PannonEagle LIFE projekt célkitűzéseiről és eddigi eredményeiről egy másik előadásban számoltunk be. 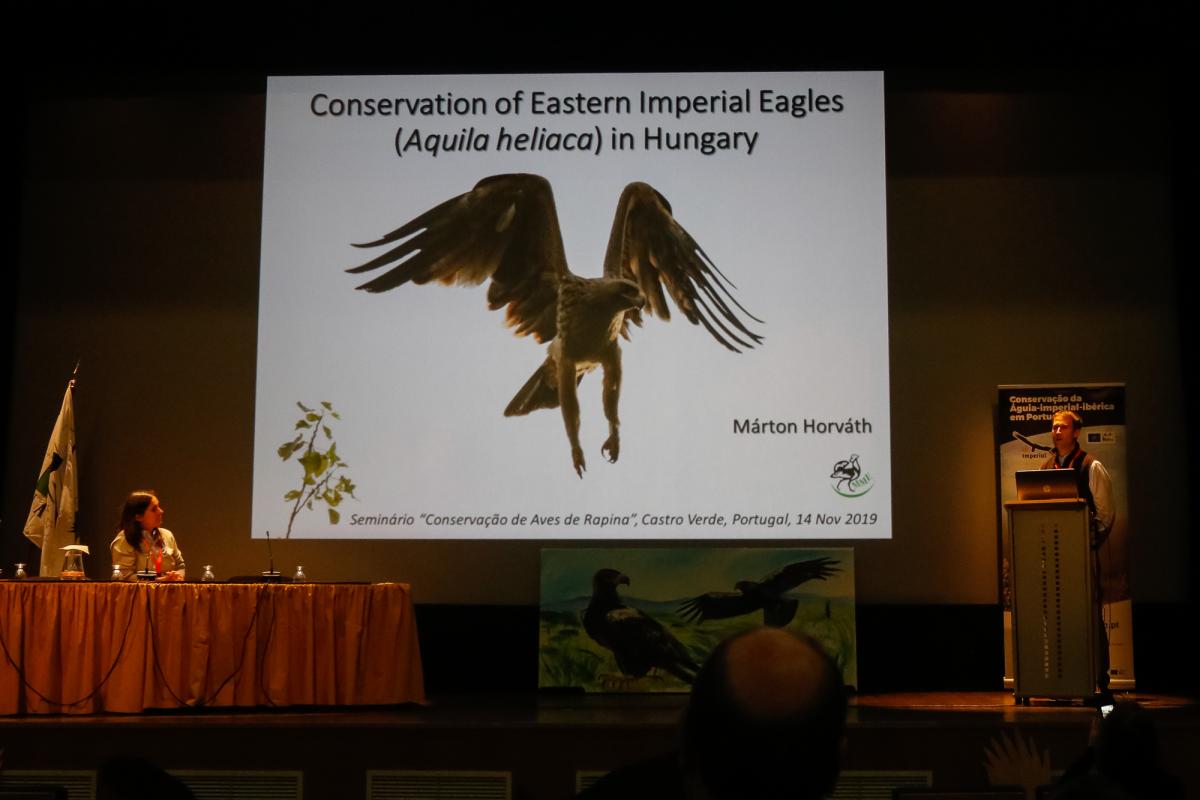 Guest speaker Márton Horváth (BirdLife Hungary) demonstrated the results of Imperial Eagle conservation in Hungary in the past two decades, including the PannonEagle LIFE project.

Most of the presentations were about the situation of and the conservation measures on the Iberian Imperial Eagle, in particular how they reduced electrocution and poisoning. Besides the eagles, several other Portugal and Spanish raptor conservation project appeared too, thus we could find more out about the conservation of the Bonelli’s Eagle, Egyptian and Black Vulture, but also about the efforts made to prevent their electrocution.

The presentations of the conference are available here https://lifeimperial.lpn.pt/en/publicacoes

The final day of the conference was dedicated to a field trip where we could see Iberian Imperial Eagles, vultures, Red Kites and Great Bustards in a Castro Verde SPA. In addition, we could check out the medium-voltage power line recently reconstructed to be safe for birds within the framework of the LIFE Imperial project. Following the outing, the Portugese National Republican Guard held a demonstration with their detection-dog unit created within the project. After the conference, we took a short trip to the nearby Parque Natural do Vale do Guardiana which is considered to be one of the most important breeding sites of the Iberian Imperials.

On the final day the participants had a field day to see the raptors and Great bastards of Castro Verde SPA,
the dog unit of the Portugese National Repuclican Guard was also introduced.

About a hundred participants, mostly form Portugal and Spain, have participated in the conference.