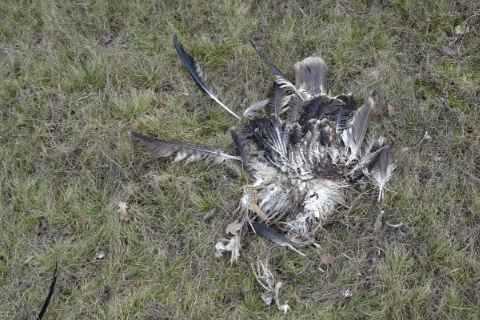 They could be identified by their rings as the youngsters fledged from a nest not far from here last year.

One of last summer’s joyous events was the rescue of two eaglets from a nest that fell off the tree during a storm. They were placed by the local rangers and associates of MME in another nest where only one chick was being raised. Experts were delighted that the parents adopted the newcomers and fed them without hesitation from the beginning. Eventually the chicks fledged successfully at the end of the summer.

The rings of the recently deceased eagles revealed the unfortunate fact that the single eaglet from the abovementioned nest and one of his step-brothers met their end along the powerline.

Although, several positive examples for powerline electrocution mitigation exist, numerous deadly head configurations are still in use taking the lives of protected and strictly-protected raptors year after year. 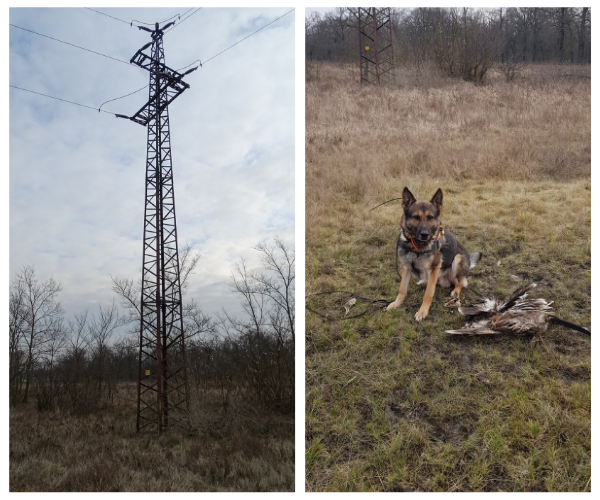 The deadly pylon and Samu, who found the carcass (Fotók: Zoltán Kalán )