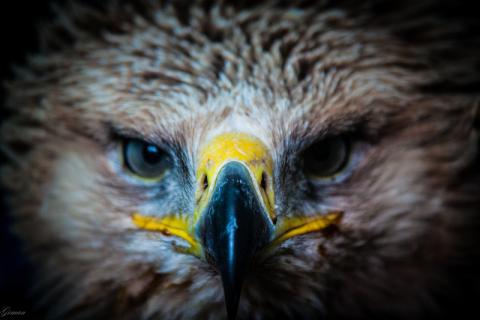 During the monitoring of Eastern imperial eagles by means of GPS trackers we have experienced also a rescue operation. Our colleague, Tomáš Veselovský, from the Raptor Protection of Slovakia remembers it like this:

“It’s been a long day. In the morning, I checked the locality in which, according to the GPS tracker, our “Leoš” should have been. Leoš is a young Eastern imperial eagle on which we put a GPS tracker in August 2019. Though the tracker didn’t send the “mortality warning”, the bird’s activity at the location was very low. It was moving in a range of only a couple of tens of metres within the same area and, more importantly, the signal didn’t come from an open area but mainly from the forest cover.

I found Leoš on the ground, approximately 40 metres from the forest margin. It didn’t seem okay. It could move its wings but it wasn’t able to stand on its feet. Its weight was very low, so it seemed it hadn’t been able to hunt and eat food. I carefully packed it into a blanket and covered its view, so it would calm down. I tried the looseness of the tracker’s straps – they didn’t restrict the bird. On its right foot, I found dried blood. It could move only the fingers on its left foot. It was clear that the eagle needs a vet’s help. In cooperation with the ranger of the State Nature Conservancy CHKO (LPA) Ponitrie and Dunajské Luhy, we transferred the eagle to the vet. 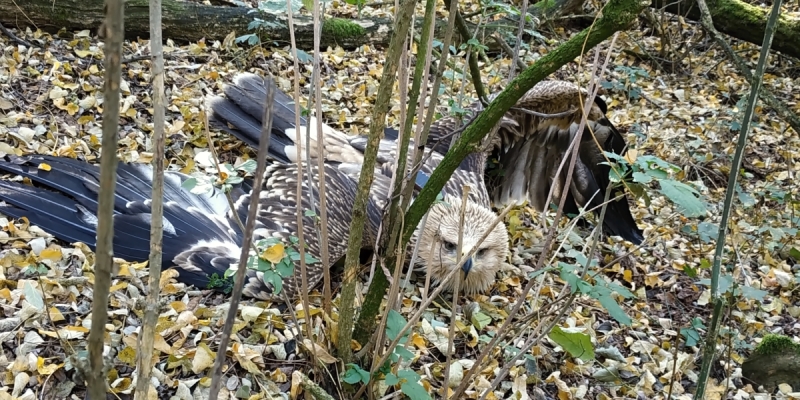 The X-ray showed a comminuted fracture on its leg, with no signs of small shots. They could not operate on Leoš right away. Since it had been a few days old injury the risk of infection was too high. Antibiotics and parenteral nutrition were administered to the eagle due to its malnutrition and dehydration. The leg was fixed. Eventually, the State Nature Conservancy arranged the examination and surgery at the MlynVet of Bratislava. 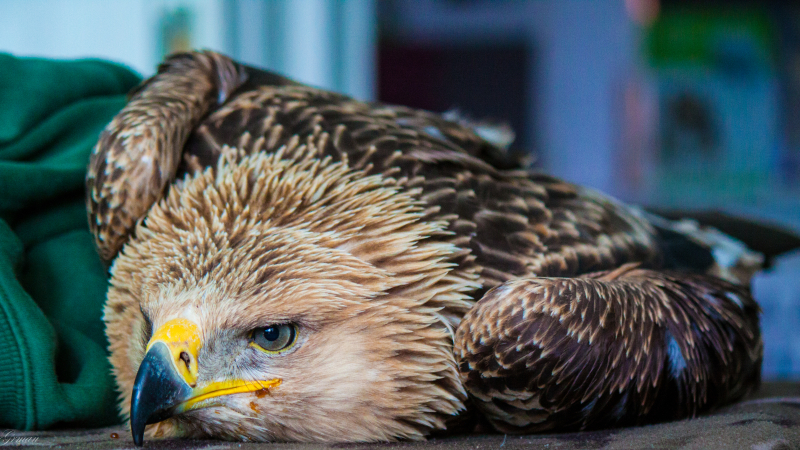 In the late evening, I got a call from the vet that the eagle had been given medical treatment and it had undergone surgery. There was a comminuted fracture on its right foot. Fortunately, the bones were not shifted too much. Surprisingly, there was a fracture also on its left foot. For that reason, the bird was given splints on both legs and it was transferred to the rehabilitation centre.
Interesting was that the eagle didn’t have any other injuries or grazes. The origin of its injuries has remained a mystery for now.  If Leoš had not been wearing the GPS tracker, we wouldn’t have found out about its injury and it would most definitely have died. I believe that it will all end up well and “Leoš” will be flying in the sky again.

After a few months of rehabilitation, in January 2020 the eagle Leoš was released back into the wild. 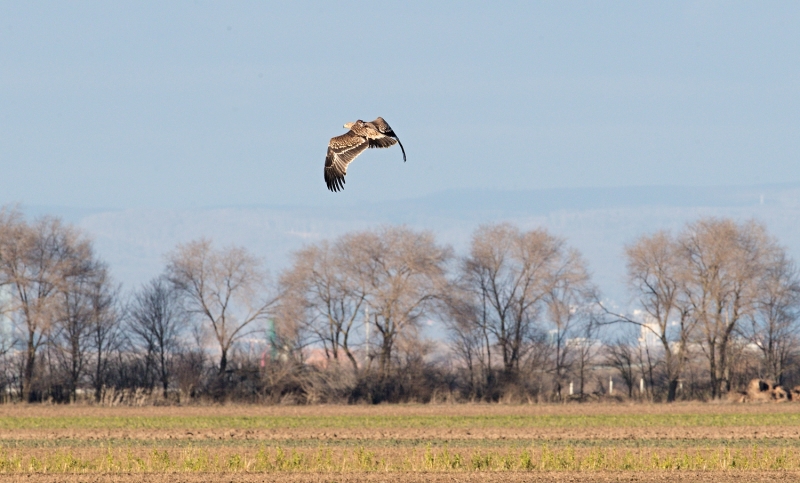 Leoš was released back into the wild (photo: J.Chavko)

The ornithologists then monitored its next moves by means of a GPS tracker. Leoš stayed in Hungary for a long time and then it moved to the south. The last update of its location is from the mountain saddle in the vicinity of the town Vlorë at the coast of the Ionian Sea in Albania. The colleagues from BirdLife Albania searched through the area but didn’t find the bird nor the GPS tracker. The fact that Leoš might have been a victim of illegal hunting of migratory birds cannot be ruled out since the hunting has been spread in the countries of the Mediterranean Sea. 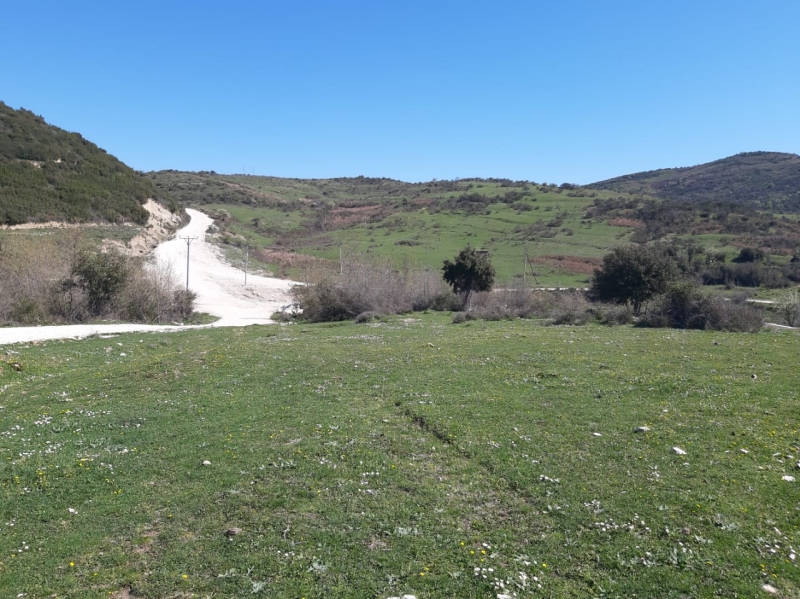 Last location of Leoš was from the mountain saddle in the vicinity of the town Vlorë (photo: Birdlife Albania)