This spring's raptor poisoning wave is more severe than usual 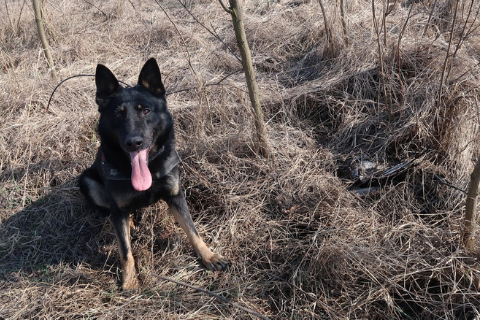 MME’s detection canine units and the national park ranger service have been continuing its work during the coronavirus pandemic. From January till mid-April, numerous birds of prey, mammals showing symptoms of poisoning as well as poisoned baits were found at seven different crime scenes so far. 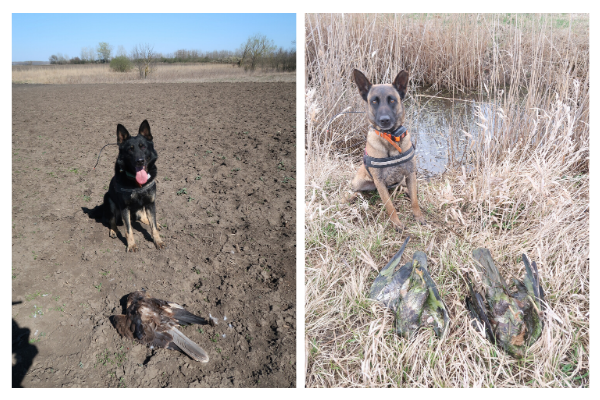 Two-third of the carcasses, 50 birds and mammals, as well as nine baits were found with the help of ‘Falco’ (German shepherd) and ‘Carlo’ (Belgian shepherd) of the MME’s anti-poison dog units (Photos: Gábor Deák).

It is possible that perpetrators hope their actions would go unnoticed in the shadow of the pandemic related restrictions imposed and put out poisoned baits more boldly taking advantage of the current situation endangering birds of prey. However, thanks to the hard work of BirdLife Hungary (MME) and national park rangers, lab testing of collected evidence has been going on and already some charges have been pressed and in several cases the police has launched investigations. The perpetrators can be charged with multiple crimes (nature damaging, animal cruelty, poaching, abuse of poison), therefore, they may be punished with millions in fine and imprisonment from one to five years. 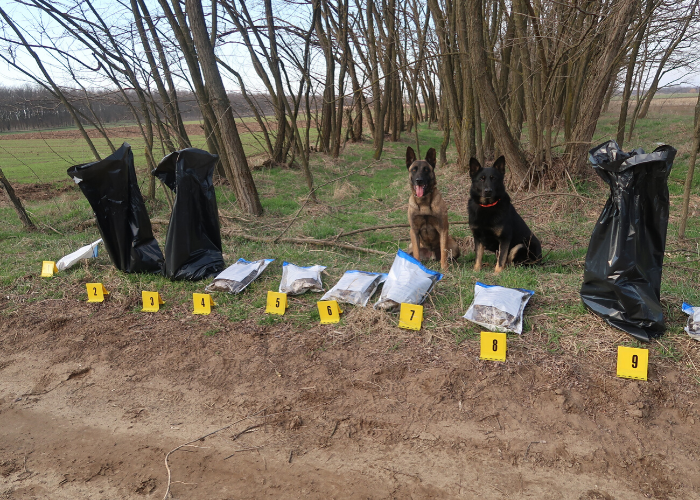 The canine unit and the evidence (Photo: Gábor Deák).

MME’s detection canine unit began its operation in the autumn of 2013 within the framework of Helicon LIFE project aiming the protection of Eastern Imperial Eagles and has been working continuously to reduce illegal bird crime ever since. The unit has registered 371 crimes and 113 alleged crimes in seven years, and the unit has exceeded 1000 field investigations. In 2016, as part of PannonEagle LIFE project, three more canine units entered the service in the Czech Society for Ornithology, the Slovakian Police and the Kiskunság National Park Directorate. These units work together with local national parks, conservation departments and local police in order to facilitate the investigations on poisoning and other crime events. ‘Samu’, the Belgian shepherd of the Kiskunság National Park, and his leader also carried out numerous field searches this year and managed to find two electrocuted Eastern Imperial Eagles  among other bird of prey carcasses.

Summary of the cases of this spring by counties: