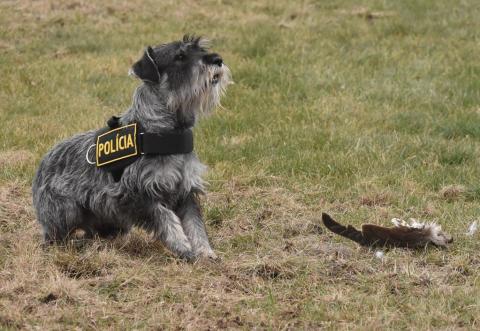 Offenders watch out - in the field, there are police dogs specifically trained for sniffing out poisoned baits.Using dogs for official police purposes has a long tradition. The police joined forces with them in searching for drugs, people, explosives, it uses them for guarding, for catching criminals and for many other purposes. The news, which the LIFE PannonEagle project brought, is the specialization of police dogs in tracking down high-risk chemicals which are used by offenders to produce poisoned baits in order to kill raptors.

It has been four years since the female Standard Schnauzer Ora Rita and the German Shepard Nero have started working for the River Section of the Riot Police Department under the Presidium of the Police Force. Along with their handlers, the dogs search the risk areas in which deliberate poisonings of raptors have occurred in the past, or they are involved at the requests of our colleagues from the environmental police or following the information provided by citizens. The dogs are trained also for searching in interiors and thus they help in house searches of suspects.

Using police dogs is effective and has a preventive nature. Offenders must watch out as the risk of revealing their illegal activities is high. Thanks to our four-legged friends, many bird lives have been saved. 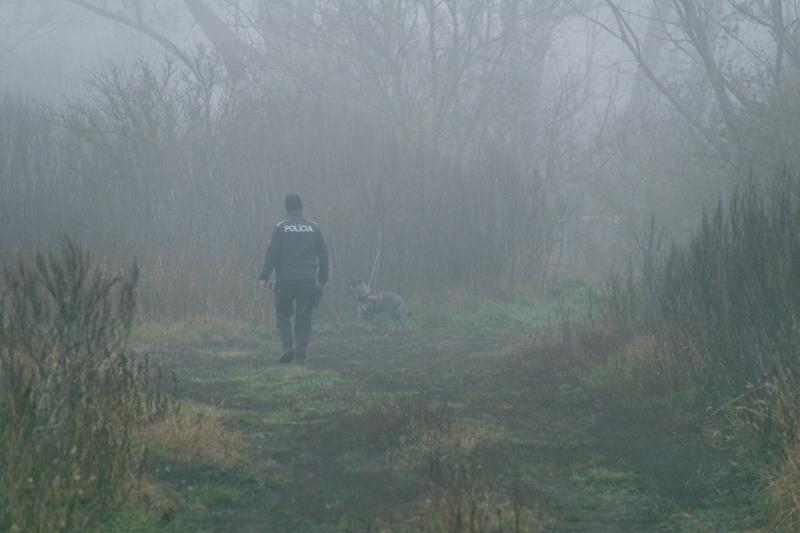 llustration of the field work (photo: Raptor Protection of Slovakia) 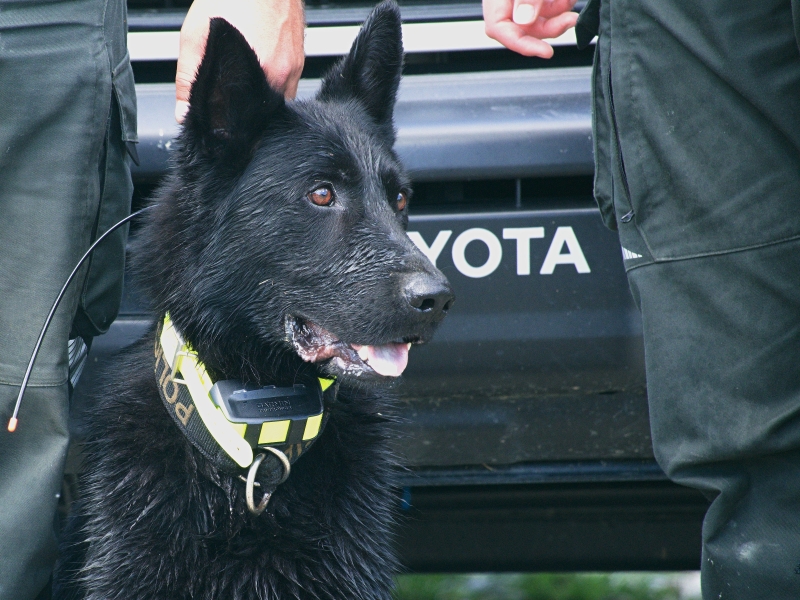 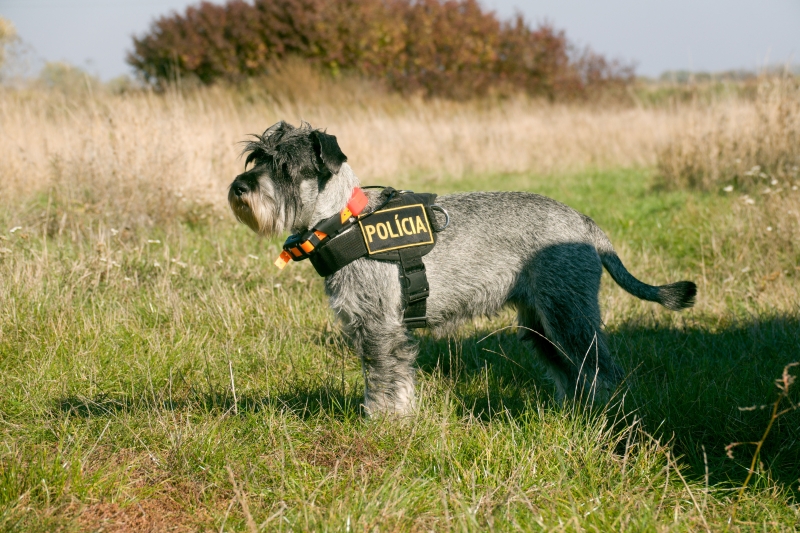