The most serious bird crime cases in Slovakia (Part 3) 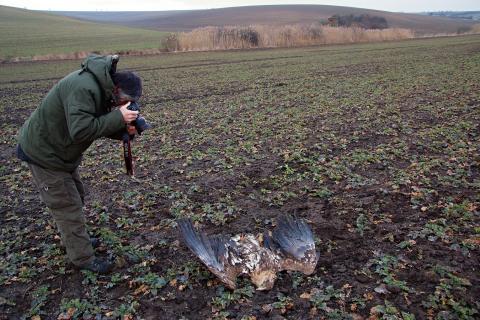 Within the LIFE Pannon Eagle Project we came across many bird crimes. Several cases left a bigger mark than others. In this series of articles released in instalments, we will present some of them to you.

A village in Záhorie, a region in western Slovakia. In March 2021, our Czech colleagues sent us a picture, which they’d got from a random finder. The picture showed a dead White-tailed eagle wearing a Czech ornithological ring. Given the position it died in, the poisoning was evident. We managed to find the location of the finding. The police started the crime investigation. 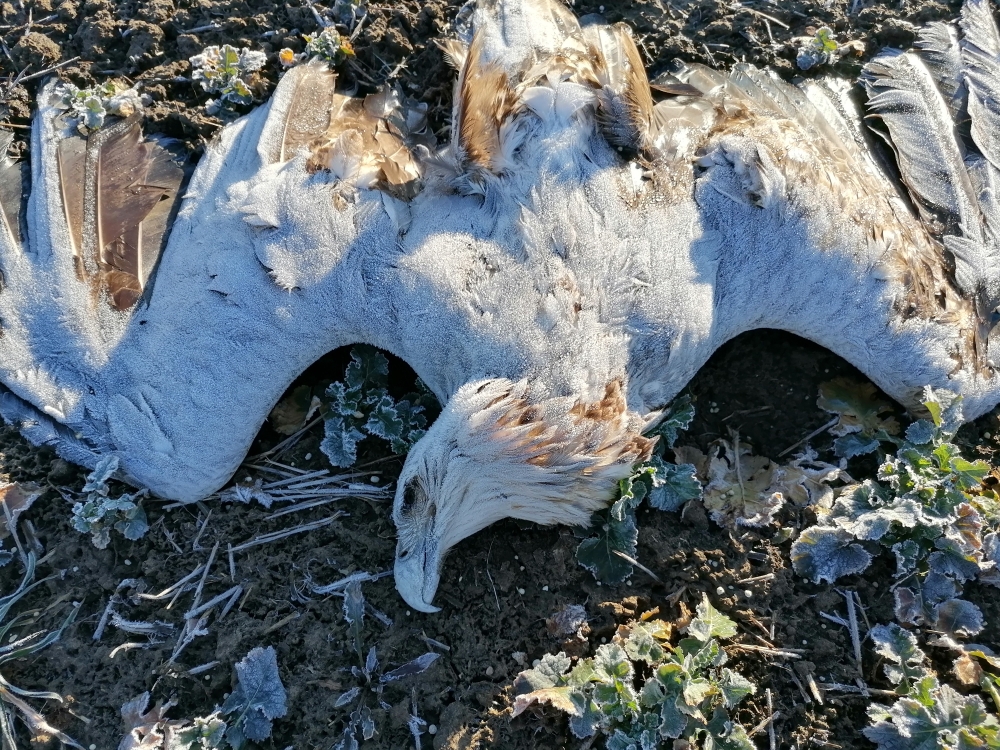 A couple of days later, the Austrian colleagues from LIFE EUROKITE reported a dead red kite wearing a GPS tracker.

In the next days, we intensively searched through the field in cooperation with the police and its Pannon eagle dog unit. We found other 12 dead common buzzards, 3 red kites, 2 White-tailed eagles, 2 magpies, 2 pigeons, 1 marten, and the remains of a hawk. 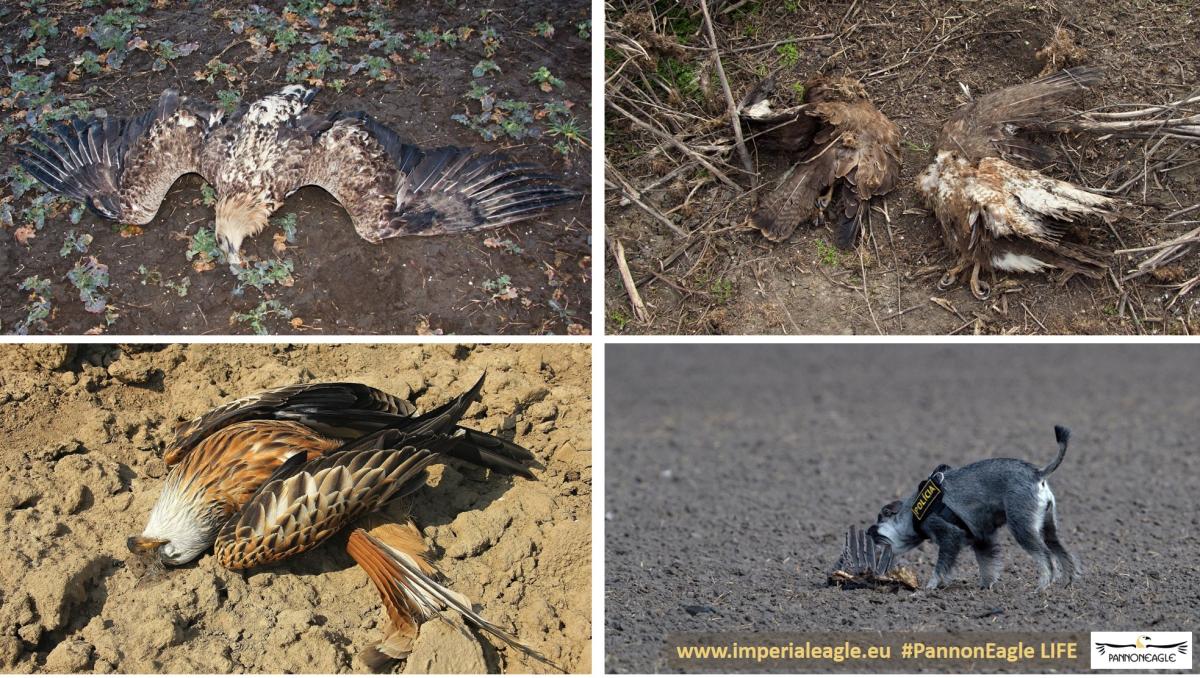 Many dead animals have already been hidden under the branches or in the grass. It has been one of the biggest cases of intentional poisonings of raptors over the last years. The overall monetary value of the dead raptors exceeded 50 000 EUR.