The most serious bird crime cases in Slovakia (Part 2) 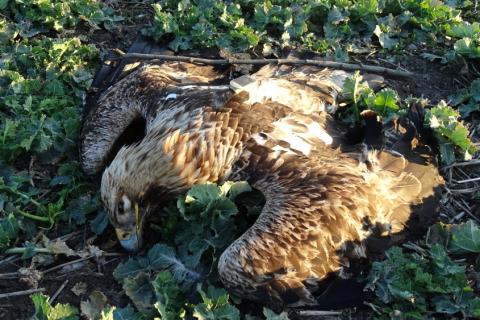 Within the LIFE Pannon Eagle Project we came across many bird crimes. Several cases left a bigger mark than others. In this series of articles released in instalments, we will present some of them to you.

In March 2018, we were contacted by our Hungarian colleagues. The female eagle Petényi, wearing a GPS transmitter, stopped moving. Its last localization was between the villages Branč and Veľký Cetín. A member of the Raptor Protection of Slovakia went to find out what might have happened. He found Petényi in the locality which the signal had been coming from. As the external signs showed, we dealt with poisoning (clenched claws, half-spread wings). During the broader check of the area, 7 dead common buzzards and 4 red foxes were found. In addition to that, there were the remains of baits – chicken eggs in the middle of the field, fish scales and feathers of pheasants, all having some pink substance on them. The analysis of the dead individuals proved the poisoning by Carbofuran. 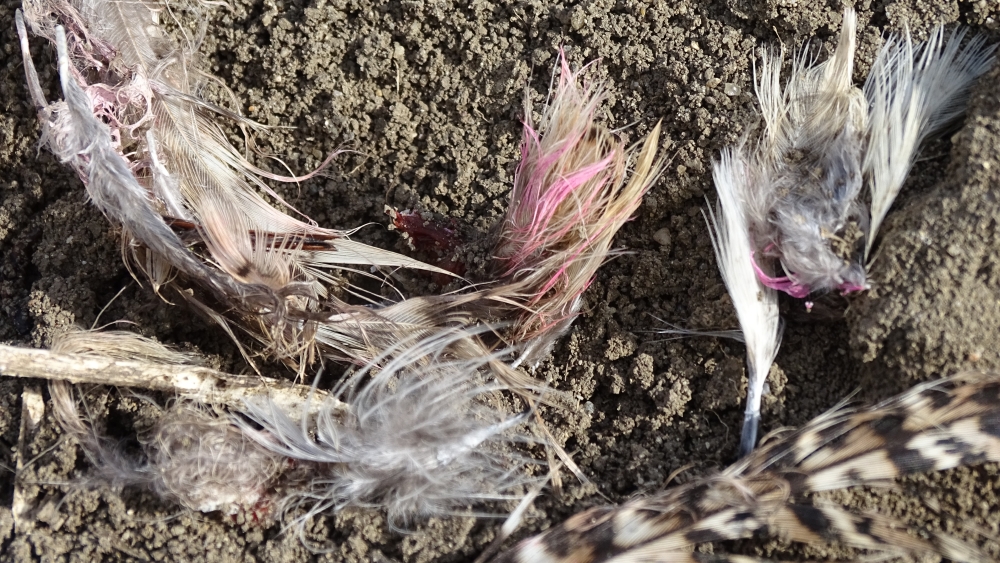