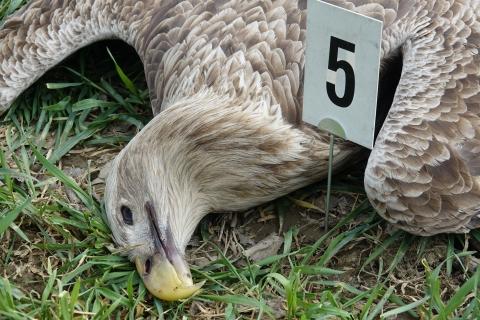 On May 22, we celebrate the International Biodiversity Day proclaimed by the United Nations in order to increase understanding and awareness of the importance of biodiversity as one of the basic preconditions for sustainable economic and social development.

Despite the fact that the global Convention on Biological Diversity has been in implementation already for 25 years, the decline in the diversity of life forms has not yet been halted.

“The causes of biodiversity loss are various including changes in land use, environmental pollution, inefficiently controlled construction and urban development - all this results in rapid loss of plant and animal species and loss of natural habitats. At the forefront, with their negative impact on biodiversity, illegal activities are becoming increasingly important. In some species illegal activities may lead to the extinction. This situation concerns not only developing countries and iconic species - such as rhinoceroses, tigers or elephants. Not even the countries of the European Union, including Slovakia, were avoided.  A special group, which is the target of illegal activities in Slovakia, is birds of prey. Illegal activities have become a limiting factor to the favorable status of populations of the Imperial Eagle, Saker Falcon, Red Kite and in the past also of Peregrine Falcon. These species have survived only due intensive nest guarding and continual support for their breeding and feeding opportunities”, Zuzana Guziová of the Raptor Protection of Slovakia explained.

“We believe that predators are not the victims of accidental crime. There are individuals or groups that have the motives, means and equipment for illegal activities. We have recently reported on several cases of so-called bird crime cases that we recorded in the spring of 2018.  Since the beginning of 2017, we have recorded 105 victims of illegal activity, with a cumulative societal value of EUR 220,770. And this is only a fraction of the total number of cases. The details of the cases registered by our organization so far are also available in the form of an interactive map on this link. The impact of bird crime on wild bird populations is one of the reasons why the Raptor Protection of Slovakia runs the All For Raptors initiative. Everyone who signs expresses the support and interest in preserving raptors as a part of the Slovak nature, "Lucia Deutschová from the Raptor Protection of Slovakia said.

"The real extent of the illegal activities is much broader than we can detect. The public can also help to detect and address the cases.  With the mobile application "BirdCrime", which is free for the Android operating system, it is easy to report the finding of a living or dead bird that might be a victim of illegal activity. The application was developed within a framework  the LIFE PannonEagle project, which aims to increase the Imperial Eagle population in the Pannonian region by significantly reducing human caused mortality, "Guziova concluded. 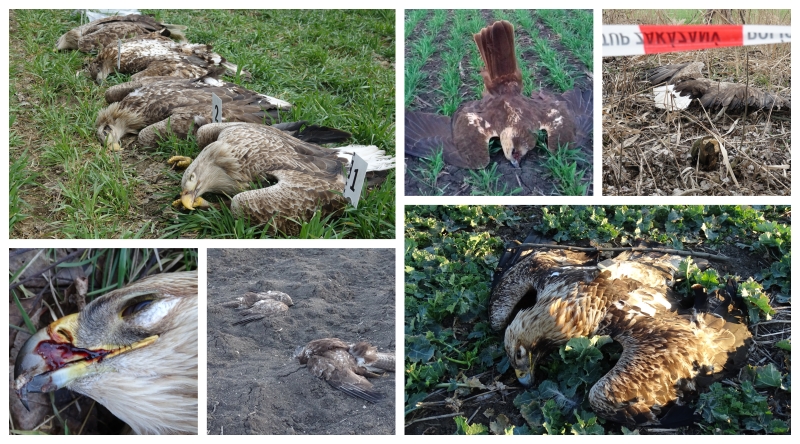 Victims of illegal poisoning in Slovakia