The international high-level jury announced the „Partnership to stop the poisoning of imperial eagles” project as the winner in the Conservation Award category from the listed 35 applications.

This was the first time that a Hungarian project achieved the award in its four-year history. Bulgarian, Greek and Spanish partner organizations of Birdlife International were also selected to be winners in two more categories.

The Natura 2000 Awards recognise conservation success stories across Europe and raise awareness about one of its outstanding achievements the Natura 2000 network of protected areas. EU Commissioner for the Environment, Maritime Affairs and Fisheries Karmenu Vella announced the winners of 2018 on May 18 in Brussels.

Alongside with the MME/Birdlife, Hortobágyi, Bükki and Körös-Maros National Park Directorates, Budapest and Jászberény Zoos, Hungarian National Hunting Chamber, National Bureau of Investigation and Filmdzsungel Studio participated in the programme having lasted six years with the main aim to protect the Eastern Imperial Eagle. The participants took actions on 20 different Natura 2000 sites in Hungary and their surroundings to monitor illegal activities, keep record of perished individuals and safeguard nests. In addition, they organized successful collaboration among stakeholders (hunters, conservationists, police and veterinarians) to reduce bird crime. Since the beginning of the programme, the number of poisoning cases has significantly reduced while simultaneously the population of the Eastern Imperial Eagle has grown by one third.

Daniel Calleja Crespo highlighted three aspects which made the project stand out from the otherwise strong international competition: „Firstly, the project aims to preserve the population of one of the highly endangered raptor species in the EU. Due to the project the population of the Hungarian Eastern Imperial Eagle population has grown from 150 pairs to over 200 pairs, which, at the same time means a 25% increase of the whole EU population. It is already an outstanding result. Secondly, the project took actions against illegal poisoning which is a serious problem throughout the whole of Europe, involving broad partnership ranging from numerous civilian to state organizations. Thirdly, the project could recently be expanded to other countries, thus the methods developed will help to tackle the problem in Slovakia, the Czech Republic, Austria, Serbia and new areas of Hungary as well”. 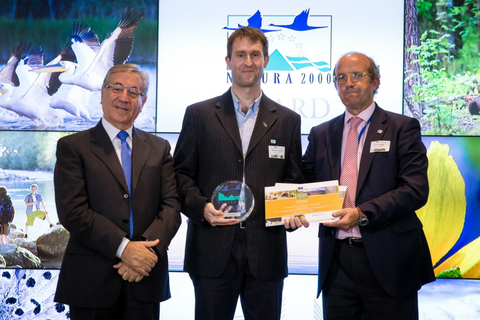 MME’s associate and project leader, Márton Horváth accepted the award and said: „The success of the project was primarily made possible by the broad partnership involved and actually this was the first time in Hungary that not only civilian and state organizations worked hand in hand for a common goal but the police and hunting organizations participated in it as well. This award may greatly contribute to continue the work started since it is a great motivation to all our colleagues who took part in the programme.”

MME is a member of the Birdlife International Partnership, two other partner organizations of which were also awarded. The Greek-Bulgarian cooperation for the conservation of the Egyptian Vulture won the Cross-border Cooperation and Networking Award while the Spanish Birdlife’s Natura 2000 programme won the Communication Award. The Socio-Economic Benefits Award went to the Life project to restore Estonian alvar grassland while the Reconciling Interests/Perception Award was handed to the representative of a Greek project to improve co-existence with bears. The European Citizen’s Award went to the School of Nature in Portugal receiving the most votes. 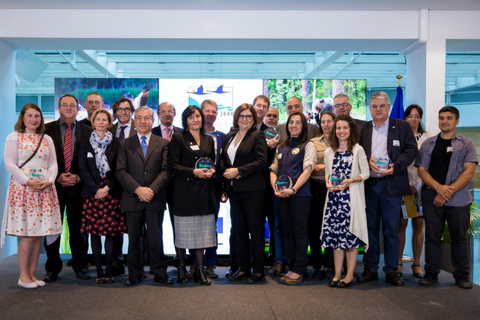 Congratulations for all the projects!