GPS tagged Cinereous vulture might have been shot in Szabolcs-Szatmár-Bereg county, Hungary 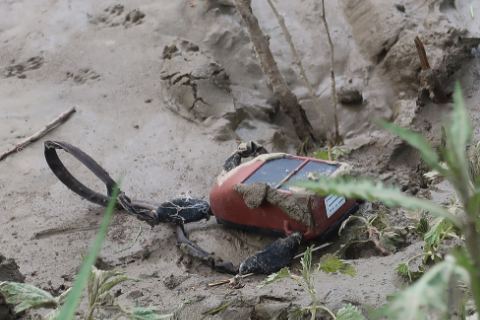 In cooperation with the local ranger service of Hortobágy National Park Directorate, MME’s poison and carcass detection dog unit managed to locate the GPS tag, which was probably taken off from the bird and thrown to a riverbank. The tracker’s data and the additional evidence by the dog unit revealed that the bird was most probably shot, therefore the police were immediately called. 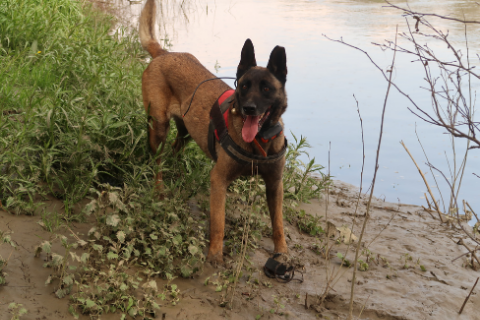 Crime scene investigation was undertaken, field evidence was recorded and DNA samples were also collected from the GPS tag, which raises hope that the police investigation will be successful and the offender will be convicted for the committed crime!

The footprints of the suspect ...

as well as feathers and blood were found during the crime scene investigation (Photo: Gábor Deák, MME/BirdLife Hungary).

Cinereous vulture is one of Europe’s four indegenous vulture species, which is extinct from many countries - including Hungary - due to persecution (poisoning and shooting), food and habitat loss. In Bulgaria the last recorded breeding was observed in the 1950s and was registered officially extinct in 1985. The sporadical nesting, registered by Green Balkans in 1993 proved sustainable. In the framework of Bright Future for Black Vulture (LIFE14 NAT/BG/649 https://greenbalkans.org/VulturesBack/en/) project a huge step for vulture conservation was achieved: dozens of individuals were reintroduced which resulted in the first two nesting pairs in Bulgaria in 2021 after 60 years! 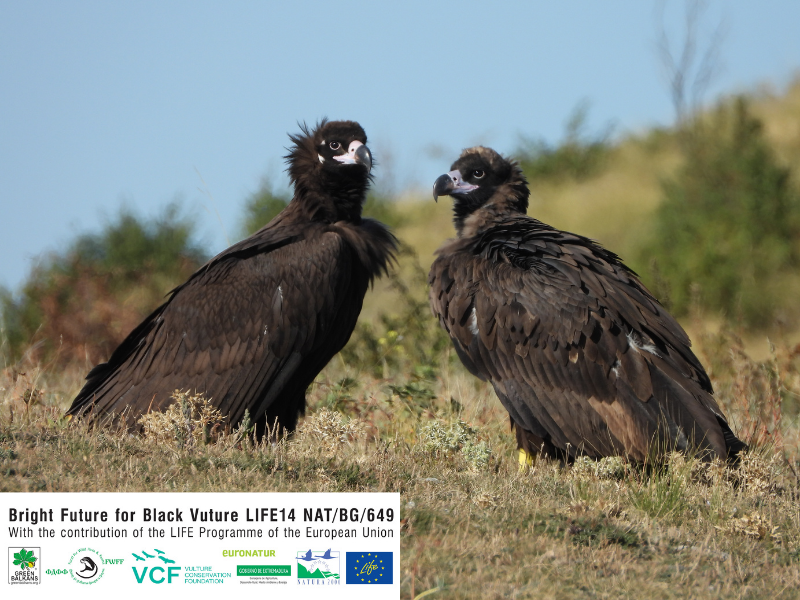 The bird named “Ichera” fledged in Spain in a natural nest in 2019 and was hit by a car in the same year. The bird was rescued and transported to Bulgaria in 2020 in the framework of the reintroduction programme, where it was released after half a year of rewilding in March 2021. After the release the bird was flying long distances: 1 month in Bulgaria and then turning north to Serbia and Romania and finally arriving to Northeast-Hungary, Szabolcs-Szatmár-Bereg county, where it disappeared. 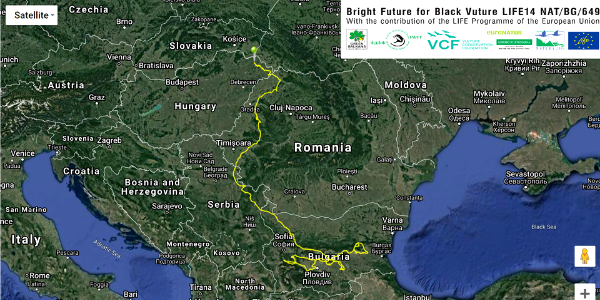 The tracks of the vulure (Source: Green Balkans)

„All released vultures are priceless: they were rescued, rehabilitated, donated and transported by the Government of Extremadura, AMUS and the Vulture Conservation Foundation from Spain to reintroduction in Bulgaria. he project team works intensively to reach the goal while relying on international conservation cooperation – for example while the bird was in Romania, the local NGO, Milvus group provided artificial feeding sites and continuously monitored its condition and now in Hungary the contribution of MME was crucial to reveal the fate of the bird“ - Simeon Marin from Green Balkans stated.

Vultures just like other scavenges play an important role in our ecosystem. They are capable of consuming large amounts of carcasses which could potentially prevent outbreaks of pathogens that endanger both livestock and human health.

In Hungary Cinereous Vulture was last observed in 2008 for the first time in 80 years. Surprisingly, another individual was also observed in the last few days, which did not have any ornithological ring that suggests it fledged from a natural clutch. It is possible that both birds flew together from the Balkan-peninsula earlier this month.

The Cinereous Vulture has a strictly protected status and by killing an individual the offender is commiting crime of destroying natural value as well as the crime of poaching. It is truly dreadful that despite all of the conservation efforts illegal shooting, apart from other known endangering factors, is still a major threat in the 21st century.