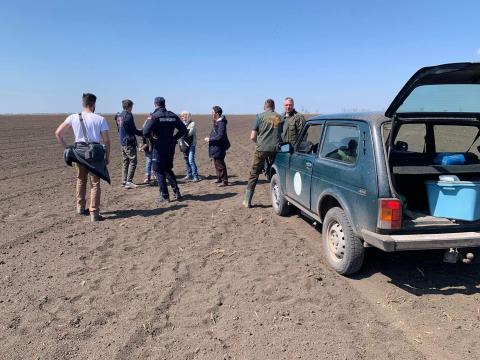 On April 11th, the National Day of Nature Protection in Serbia was celebrated at several locations, while a poisoned Eastern Imperial Eagle, a bird from the national coat of arms, was found near Kikinda.

‘We were extremely struck and disturbed by the news about the poisoned young Eastern Imperial Eagle near Kikinda. Mima and Mihajlo, last year's chicks, have been staying for months in the north of Banat and in southern Hungary, which is shown by satellite tracking. Exposure to poisonous baits can be fatal for the rarest birds in Serbia. The loss of every Eastern Imperial Eagle represents a huge damage to our natural heritage and severely backtracks efforts to return these magnificent birds to the sky above Serbia’, said Milan Ružic, executive director of the Bird Protection and Study Society of Serbia. 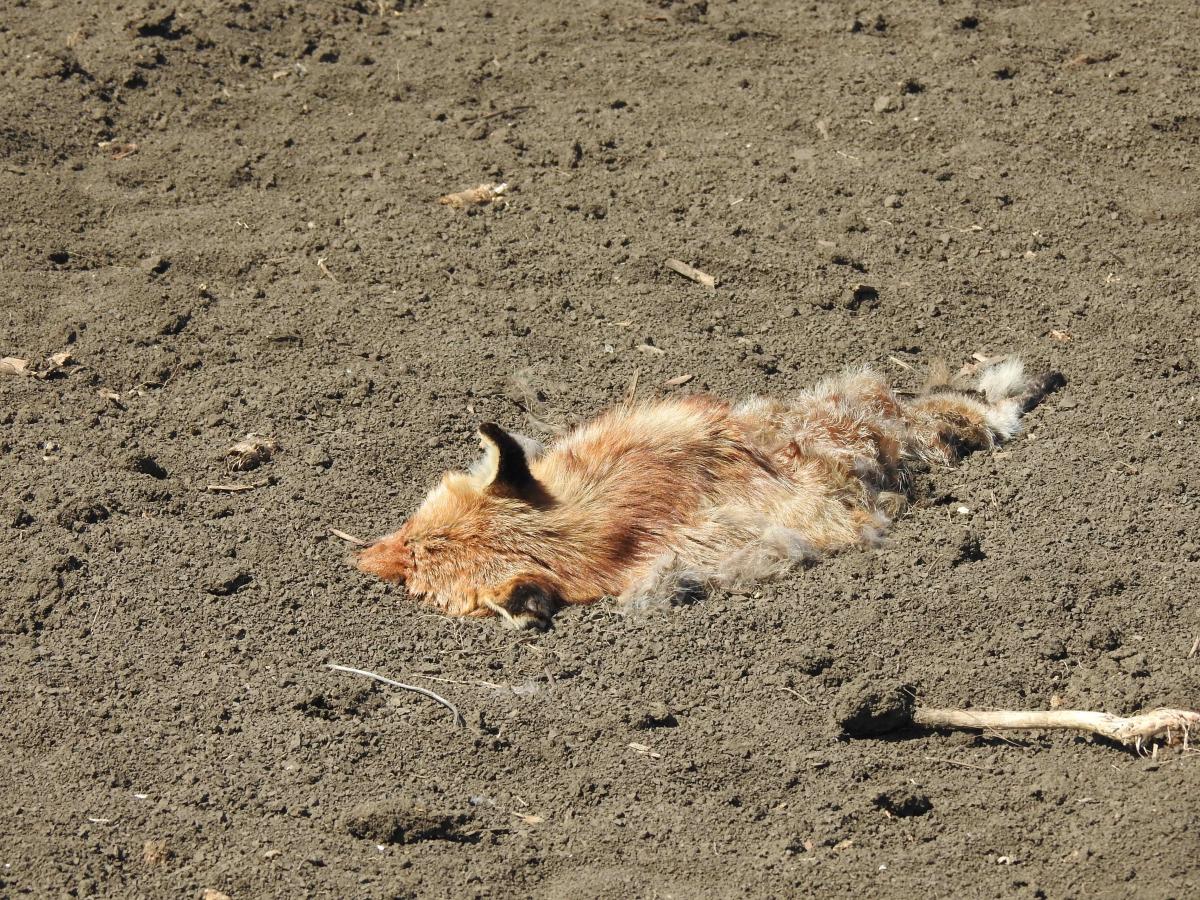 Poisoning of wild animals, especially birds of prey, is one of the greatest dangers to their survival in Serbia. In the last 22 years alone, over 2,300 protected birds have died as a result of poisoning throughout Serbia, of which more than 100 are white-tailed eagles. In most cases, the poisoning was intentional and baits treated with pesticides, such as the infamous ‘Furadan’, were used.

The public in Serbia has been waiting for more than 8 years for the establishment of the Working Group for the Prevention of Poisoning and the establishment of the Protocol on Action in Cases of Wild Animal Poisoning, which is a precondition for more frequent investigations and punishments. What hinders the shift are institutions that cooperate poorly and reluctantly act according to the legally defined competencies, while citizens and associations working for the protection of birds and nature find new corpses of protected species from month to month.

The Eastern Imperial Eagles came into the public spotlight in 2016, when it was revealed that only two individuals remained in Serbia. The following spring, members and volunteers of the Bird Protection and Study Society of Serbia began an unusual program for our preservation of the last nest of this critically endangered species. The vigil on the territory of the eagles Bora and Eržika contributed to the fact that they successfully raised 7 chicks from 2017 to 2021, and that new eagle pairs appeared in the area. 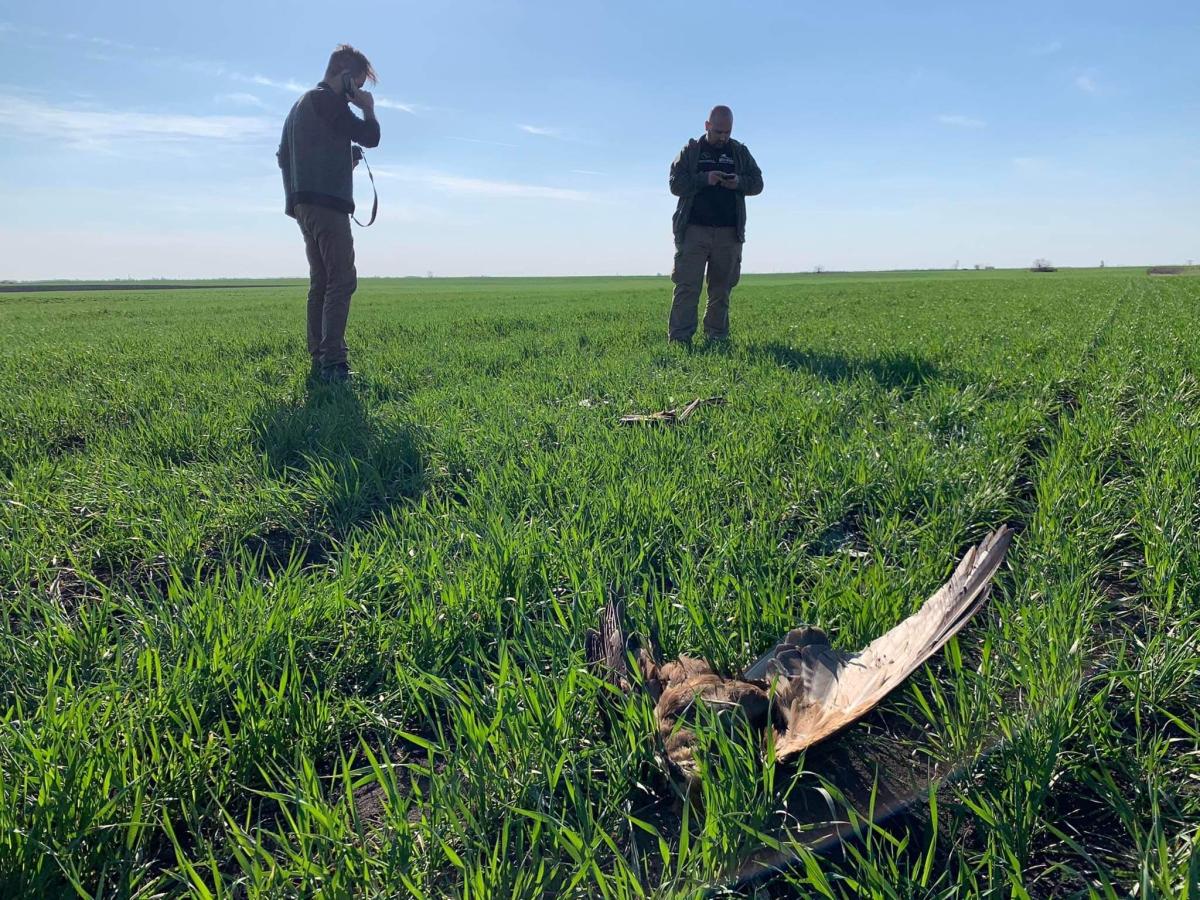 ‘At least 5 pairs of Imperial Eagles are present in Serbia this spring, and they are all nesting in the vast Banat. There is no greater joy and pride for us nature conservationists than the moment we see eagles in places where it was not possible to meet them until recently. Then we become aware that the huge amount of field work and selfless effort to preserve the common wealth gives results that every one of our citizens can be proud of‘, said Slobodan Knežević, from the Bird Protection and Study Society of Serbia.

Most citizens perceive the Eastern Imperial Eagle as a national symbol and are worried about their survival, and the case of the poisoned eagle near Kikinda disturbed the town in the north of Banat. The eagle was found in a field near Kikinda, and apparently he died while feeding on a poisoned fox. Corpses of Marsh Herriers, also strictly protected species, were also found nearby.

‘The teams of Bird Protection and Study Society of Serbia and Hungarian colleagues from the organization MME - BirdLife Hungary, together with specially trained dogs for searching the terrain, went out on the field to discover animal corpses and poisoned baits. We hope that with our help, representatives of inspections for environmental protection, forestry and hunting, and veterinary medicine, as well as police officers will do their best to gather evidence that could lead to the detection and punishment of poisoners, ‘, explained Milan Ružić, from the Bird Protection and Study Society of Serbia. 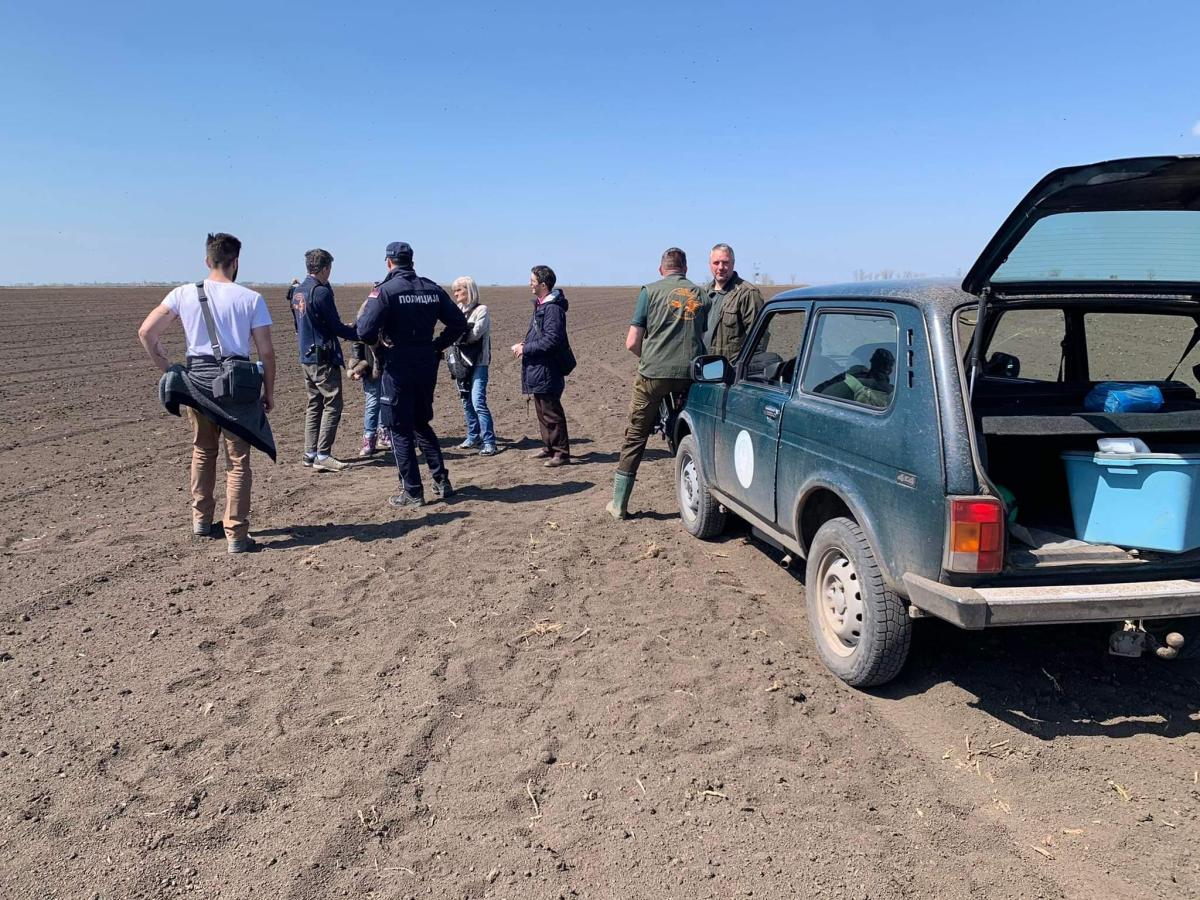 The Bird Protection and Study Society of Serbia appeals to the institutions to urgently form a working group, adopt a rulebook and start solving cases of poisoning as a decade-long problem. Only close cooperation, quick and decisive reaction of a large number of institutions in each case of poisoning can ensure the survival of endangered species in Serbia.

Finally, we thank our colleagues from MME - BirdLife Hungary for the quick and efficient coordination and assistance on the field.