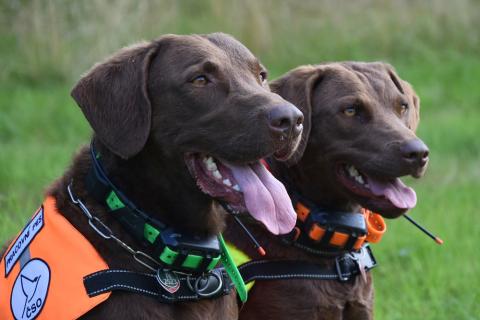 The police in Břeclav region in Czechia accused a man of poisoning a Red kite and subsequently many other animals as well. The man confessed to the crime. He faces up to 6 years in prison. The CSO dog unit significantly helped to solve the case, both in the field by tracking baits and their victims, and also during house search where carbofuran was found.

The Czech Society for Ornithology has been dealing with the bird crime since 2000. In 2017, it intensified the search for poisoned baits and their animal victims by setting up a specialized field dog unit led by dog ​​handler Klára Hlubocká, that visits preventively important places where birds of prey are found, or places of previous poisoning.

Since 2017, the CSO has documented and handed over to the police more than 100 cases in which hundreds of animals were poisoned. Despite the fact that there are a large number of cases and their number does not decrease over time, only one person has been sentenced for poisoning wild animals in the Czech Republic. In 2021, the court imposed a conditional sentence of 2,5 years of imprisonment, suspended for 3,5 years, for the man who poisoned White-tailed eagles and Ravens near Mečichov in Strakonice region in 2019.