Common buzzard was killed by carbofuran 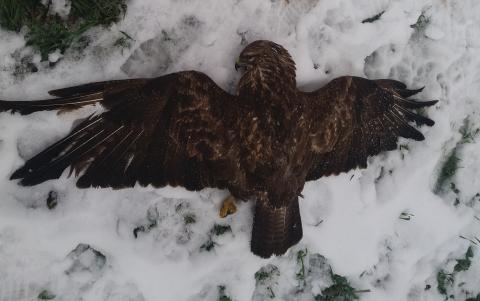 Nine hooded crows were poisoned by carbofuran in January near Sněžné village in protected area Žďárské vrchy. Local people found them and called the police. The dog handler of the PannonEagle Life Project Klára Hlubocká and her dogs also assisted. In the near stream they found another dead animal, also killed by carbofuran, the Eurasian otter.

Other carbofuran victims in January in Czechia were the Common buzzard and the fox.

Apart from cases in Czechia, Hlubocká and her dogs also assisted in Austria in cases of poisoned Common buzzard and the Red kite. They found two dead martens.