Brutal persecution of raptors in the Czech Republic continues 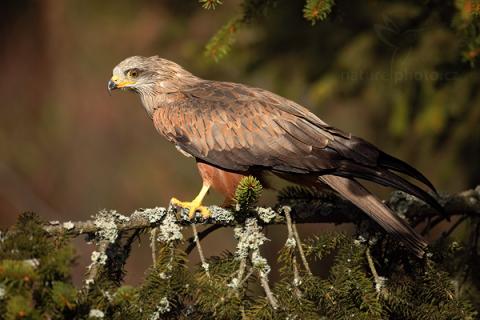 Specialized field unit of the Czech Society for Ornithology reports another birds crime, the case had been handed over to the police. CSO, BirdLife in Czech Republic, forwarded to the Police another case of dead birds of prey with reasonable suspicion of poisoning by carbofuran.

With dead Black kite, Kestrel and Common buzzards, the number of poisoned raptors has exceeded twenty individuals in 2017. Poisoners take the lives of often extremely rare and endangered birds in a very brutal way. Hopefully, the capture and exemplary punishment of the first perpetrator will follow soon.

The specialized "dog unit" of the Czech Society for Ornithology, which searches for poisoned baits and their victims, is literally in one round. At the beginning of June, they went to several reported cases. "I found a Black kite, one of the critically endangered species, in a typical position for poisoned birds, holding baits still in its claws. I searched around and Sam pointed me a place where I found dead Kestrel and few small songbirds. In addition, I found Common buzzard nearby," describes a dreadful scene Klara Hlubocka from CSO’s dog unit.

Immediately after it, the unit headed for the reported poisoned baits. "The finder pointed out to us the remains of a goose that had worked like a poisoned bait. I found four dead Ravens around it," says Hlubocka. Then they hurried up to the third case. "I found the remains of two Common buzzards. Under the carcasses were dead insects and both were lying in a position typical for carbofuran poisoning – clenched claws and sparse wings," says Hluboka.

All cases were handed over to the Czech Police. Zdenek Vermouzek, director of the CSO, adds: "Finding dead birds is the first step. Our work must establish a responsible approach of investigators, especially the Police of the Czech Republic, whose competence is the capture of offenders."

Bird crime has been in the viewfinder of Czech ornithologists since 2000 within the program Free Wings and Karbofuran.cz. Accidentally detected cases are only a drop in the sea of appalling acts which are some people able to commit to birds. That is why the Czech Society of Ornithology has decided to intensify the search for poisoned baits and their victims by establishing a specialized field unit – dog handler Klara Hlubocka and Chesapeake bay retriever Sam in the PannonEagle Life project. CSO has inspired by Hungarian colleagues who are successful in finding poisoned baits by specially trained dogs.