BirdLife Austria and WWF join forces to fight for the protection of Imperial Eagle and co. 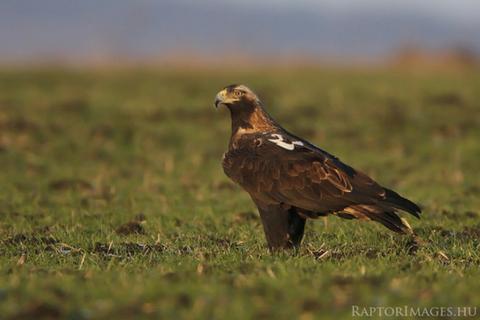 In Central Europe, the main cause of death for raptors is human persecution. Even strictly protected and highly threatened species such as the Imperial Eagle are regularly shot or poisoned. With the “PannonEagle LIFE Project”, BirdLife Austria and WWF as well as a number of national and international partners aim to reduce illegal persecution of Imperial Eagle and other affected raptor species.

“The birds roam far across national borders. Therefore, it is particularly important to be able to work together internationally in this project to combat illegal persecution,” the project leaders of WWF and BirdLife explain.

The Imperial Eagle’s breeding season has begun. This in itself is a sensation, because the majestic bird was considered extinct in Austria for 190 years. Intensive national and international conservation efforts paved the way for the species’ recolonization in 1999. Since then, the population of Imperial Eagles has been recovering slowly but surely. 18 breeding pairs, 13 of which in Lower Austria and five in Burgenland, as well as 31 young, were counted last year as part of the ongoing species conservation programme of BirdLife Austria. “Our decades-long conservation efforts are starting to show their effect,” Matthias Schmidt, project leader at BirdLife explains, “but the raptors greatest enemy continues to be humans. More than a third of the 16 Imperial Eagles we fitted with satellite transmitters were murdered. Therefore, we want to use this new project to increase apprehension rates of offenders in close cooperation with the executive and justice departments, and to create precedents to scare off wrongdoers.” The aim of the conservation project is to reduce illegal persecution, allowing the population of Imperial Eagles to increase by ten percent by 2022.

Online reporting platform – Please report your observations
Through the WWF initiative “Vorsicht Gift!” (“Attention, poison!”), started in 1999, a lot could already be achieved for the protection of the country’s eagles. Since then, discoveries of dead raptors or suspected baits can be reported to the so-called poison-hotline under the phone number 0676 444 66 12. “Illegal persecution of raptors is difficult to uncover and to prosecute, which is why we depend heavily on the participation of the general public. Please report dead or injured raptors, poisoned baits or traps to us!”, Flora Hoser, project coordinator at WWF Austria, urges. The online reporting platform www.kaiseradler.at was established especially for this purpose. “Illegally harming of raptors cannot and must not continue to be treated as a trivial offence!”, both Hoser and Schmidt agree.

PannonEagle LIFE Project
A total of eleven organisations from Hungary, Slovakia, Czechia, Serbia and Austria have joined forces to combat raptor persecution. In Austria, WWF and BirdLife Austria will be placing a focus on the Imperial Eagle’s Austrian range of distribution over the next five years. The EU-funded project LIFE15/NAT/HU/000902 is supported financially by the Federal Ministry of Sustainability and Tourism.

The Eastern Imperial Eagle – a majestic bird
The Eastern Imperial Eagle (Aquila heliaca) is a Eurasian species. Its area of distribution reaches east along the Russian and Ukrainian steppes, throughout the northern part of the Caucasus, and as far as Lake Baikal. The majority of the European population breeds in Hungary, Slovakia and Austria. Eastern Imperial Eagles can grow to 72–83 cm in size, with a wing span of 190–210 cm. Females are a little larger and heavier than males. When it comes to feeding – mostly on mammals and birds – the females always have right of way.