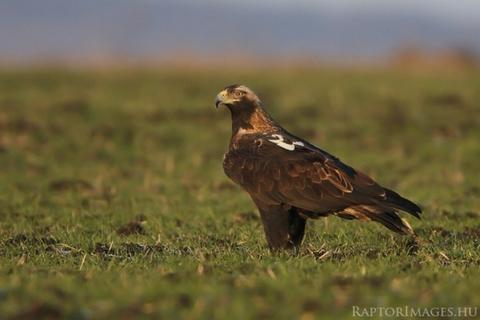 26.03.2018
On December 12th, 2017 MME/Birdlife received a report from a citizen regarding an Eastern Imperial Eagle run over by a car in the Mátraalja. A ranger from the Bükk National Park collected the body of the adult eagle. The bird was a female, weighing four kilograms and having a wingspan of two metres. MME’s experts took DNA samples and transferred her to the National Animal Health Institute.

Post-mortem and toxicity examinations gave surprising results. The bird died from the blunt force trauma of colliding with a car as was expected, however, also very high concentration of lead (7.28 mg/kg) was found in its liver. Coordination problems arising after such level of lead poisoning may explain how an experienced, adult eagle could end up dead in a collision in its own well-known territory. Such cases point out that high lead concentrations in nature, as a result of hunting practices, may cumulate in the food chain posing serious environmental risk.

Results of DNA testing carried out in the University of Veterinary Medicine of Budapest confirmed the concern of nature conservationists, that the eagle was the female of a known, nearby territory. This particular bird, coded M06F1, was one of the oldest known Eastern Imperial Eagles in Hungary, whose life has been followed by DNA testing due to its collected shed feathers since 2000. Then, she was aged to be about five years old by her plumage hatched in May 1995, hence being 22 years and seven months old when died. 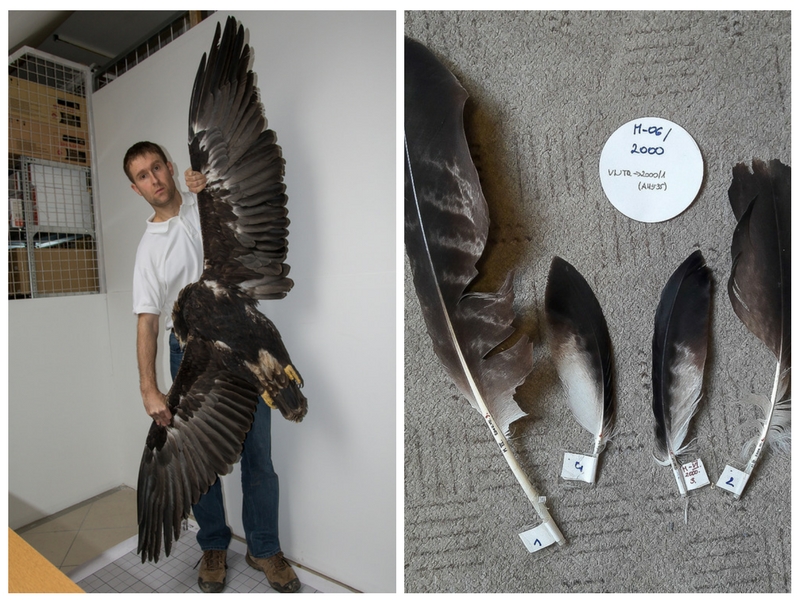 During her life, she reared 24 eaglets from 13 successful breeding attempts, therefore contributed greatly to the endangered local population. In addition to this, she was the mother of the well-known eagle, “Remény” (“Hope”) but she could not incubate and raise the chick because of disturbance ( “Remény” hatched artificially and was adopted by another eagle pair, and unfortunately died of poisoning two years later, read more >>HERE<<

M06F1 was the second oldest known Eastern Imperial Eagle in Hungary, the age record holder lived in the neighbouring territory, this particular male died in 2002 when 26 years old. He was ringed in Voivodina, Serbia and coded M01M1.