„Hans” and „Kurszán” return to the wild after successful rehabilitation 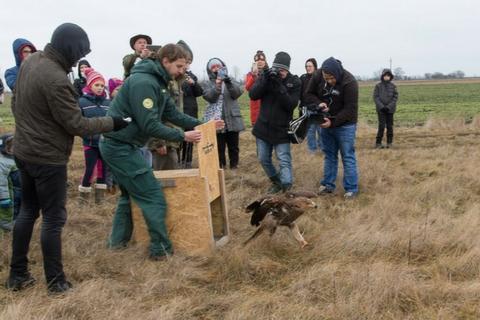 16.01.2018.
In the autumn and summer of 2017, three injured Imperial Eagles arrived at the Eagle Centre, of which two could be released back to nature after their successful recovery. They were also tagged with transmitters so that experts will be able to follow their movements.

On June 5, 2017, associates of Birdlife Austria found three eaglets under a nest, which fell off during a storm in Burgenland, Austria. One of them, a healthy eaglet was being adopted to another nest, where it was readily accepted by the stepbrothers and stepparents. The other two eaglets required long medical treatment. Austrian and Hungarian experts agreed on transporting both to the Eagle Centre in the Jászság since this facility, run by the MME/BirdLife Hungary and the Hortobágyi National Park Directorate, possesses the best conditions for successfully releasing an eagle or, if necessary, its long-term holding in captivity.The one which suffered severe wing injuries will presumably spend the rest of its life in the Eagle Center.
The second chick had a broken leg, which healed properly after successful treatment, therefore it was all set to be released. It was named “Hans” after its founder and the doctor treating it who happened to share the same first name. 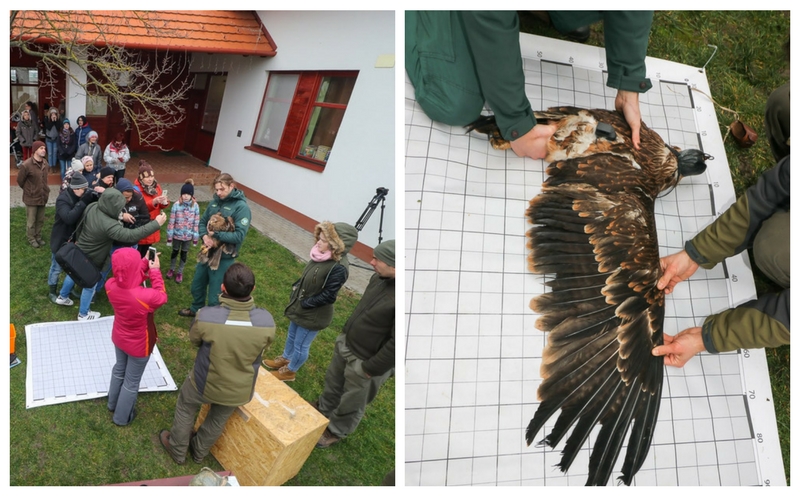 Preparations prior to the release (Photo: Márton Horváth )

The third bird, named “Kurszán”, was taken to the Eagle Centre on September 5th. The juvenile, which fledged from a nearby nest, was found in a well in the Heves Plain by associates of the Bükki National Park Directorate. The bird, found in a weakened condition was immediately transferred to the Eagle Centre where it took several months to recover and acquire such physical condition that it could be released. It is still unknown how it fell in the well and how long it had been there, however, human intervention could not be excluded since its sibling was found close to the site and from which someone removed the satellite transmitter.

Both recovered birds were released back to the wild on the 13th of January, 2018 near the Eagle Centre in the frame of a joint event of the 15th National Eagle Census and the 4th Eagle Day. There are also two seasonal eagle feeding stations operating in the area. Both of them were fitted with satellite transmitter enabling experts to follow them. 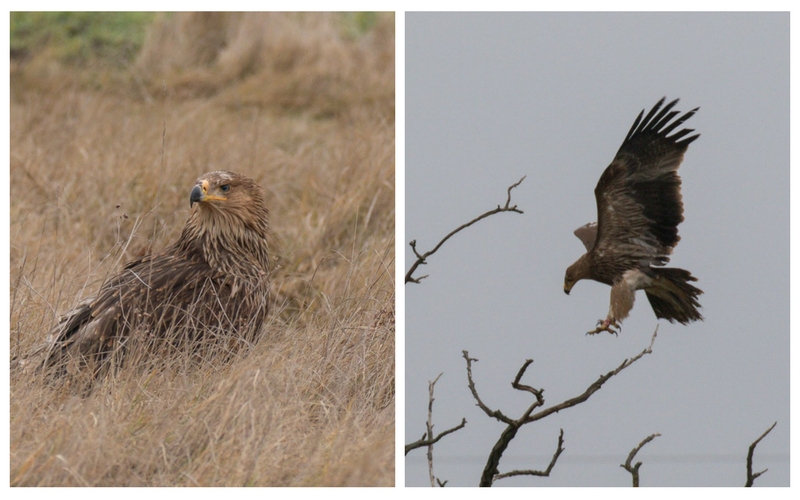