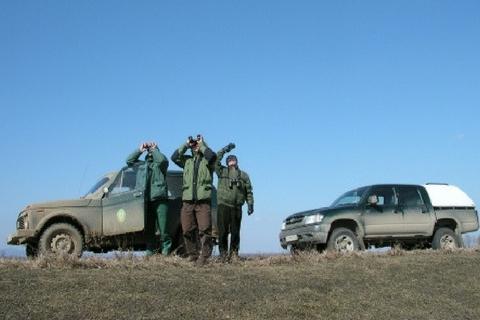 Between the 11-13th of January, 2019, BirdLife Hungary (MME) is organizing the 16th National Eagle Census in collaboration with national park directorates and other nature conservation NGOs, in order to monitor the wintering population of birds of prey species in Hungary.

MME and its partners have been carrying out this census since 2004, which aims to monitor the number of wintering eagles by using unified methods simultaneously nationwide, a so called „synchronized” monitoring. In the scope of the PannonEagle LIFE project, funded by the European Union, colleagues from the surrounding countries also participated in the census for the first time last year. With all the participating countries, more than 427 volunteers (347 from Hungary, and 80 from Slovakia, Czechia, Austria, Serbia and Romania) participated in last year's census, covering up to 18% of the country and registered 1014-1022 specimens of four eagle species along with 9378 specimens of 13 other raptor species.

Due to the succesful cooperation, this year's census will also be carried out internationally, covering all the important eagle wintering sites within the Carpathian Basin. The results are expected to be published in the beginning of February.

If you would like to participate in the census (outside of Hungary), please use THIS form.

Paralel to the census, the public can also enjoy the day wiht the eagles, as the Eagle Center is organizing the 5th Eagle Day.