Will it be a world record? 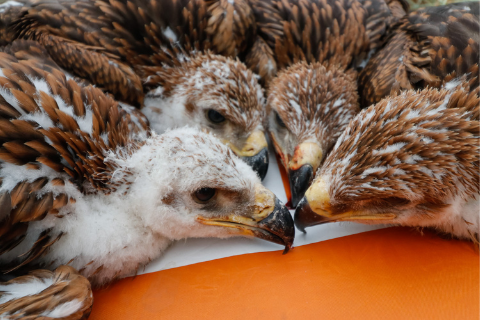 BirdLife Hungary and the National Park Directorates have been checking all known Imperial Eagle nests in the past three weeks. 137 eagle chicks were ringed, and three chicks got satellite transmitters.

While checking the nest our colleagues collected remains of prey and egg shells, as well as taking DNA samples of the moulted feathers in order to gather as much information as possible of these globally endangered species. These rare birds breed once a year, almost one third of all breeding attempts fail, but even if the breeding is successful, the eagles can bring up only one or two, on rare occasions, three youngs.

This year, however, the researchers found something extraordinary. In one of the long known territories of Körös-Maros National Park, four healthy fledglings have been found in a nest, which is unprecedented in Hungary. There are only four reports of a single nest with four chicks globally, but the actual fledging of four young birds have never been proven, so the coming weeks will be full of anticipation! We might have a world recorder Imperial Eagle pair in Hungary!

The nest from afar and from real close (Photoy: Márton Horváth, BirdLife Hungary).

Recent cases within the scope of the Pannon Eagle Life project: 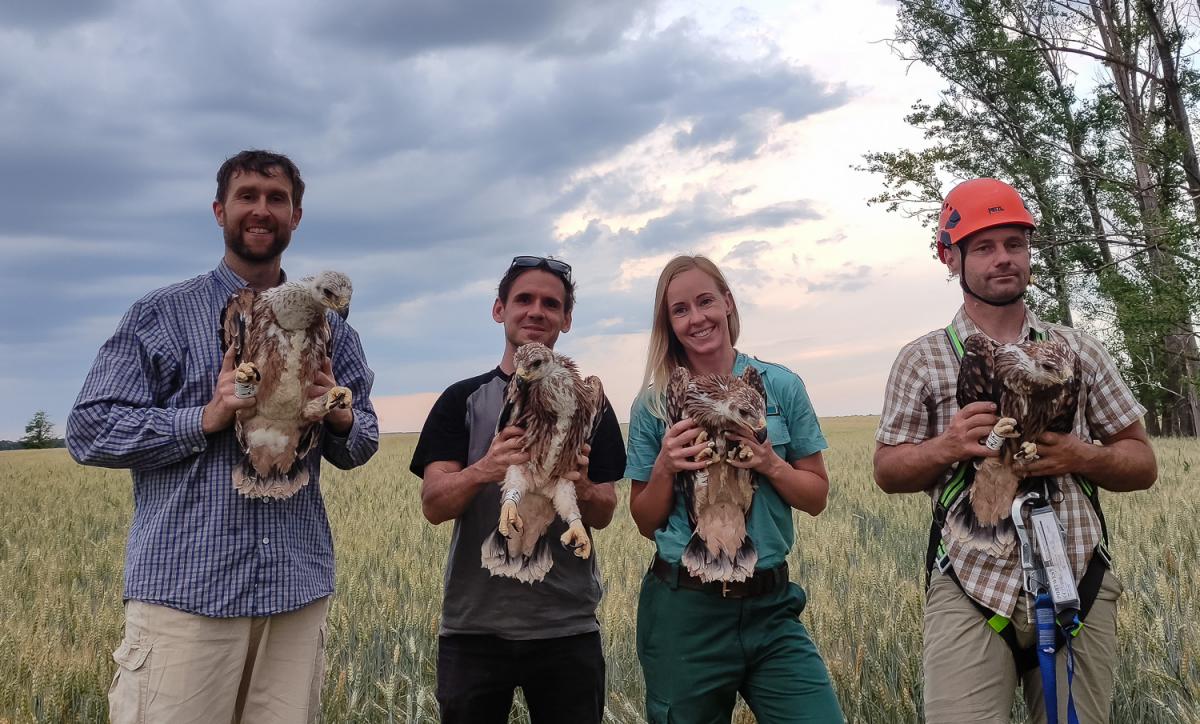