Only a month went by since our last news of two raptor poisoning incidents within the Hortobágy National Park Directorate (HNPI), but we have to report two new suspected poisoning cases once again. The toxicological examinations are still ongoing.

In the outskirts of Nagykálló, Újfehértó, Bihartorda and Kaba 2 strictly protected White-tailed Eagles and an Imperial Eagle were killed, among other protected birds: 20 Common buzzards, 1 Marsh harrier, 1 Norhern Goshawk, 1 Raven and a Common crow. The carcasses were found by the national park ranger service and the anti-poison dog unit of BirdLife Hungary (MME). The nature conservation value of these birds are 3 700 000 HUF (10 400 EUR) altogether. 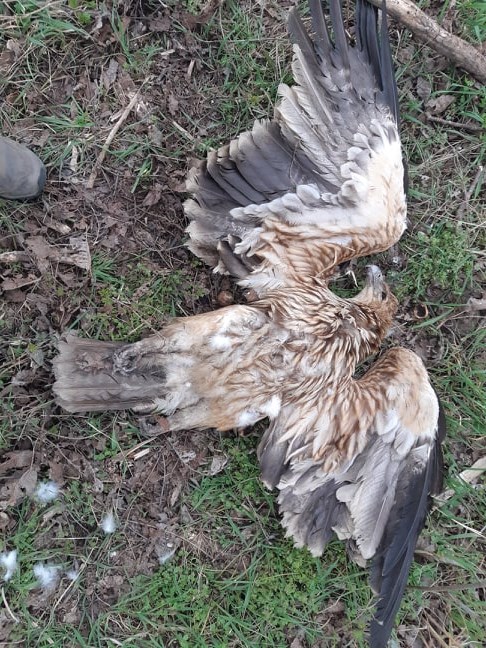 The suspected cause of death was instantly thought to have been poisoning, as the carcasses were found close to each other on each scene, laying on the ground with their bodies collapsed forward and their toes in a cramp, without any visible sign of injury. At the Bihartorda scene, there were remains of Megpies and Hooded crows scatter around everywhere, as well as a broken chicken egg. At the Kaba scene all the chicken eggs were next to traps that are used for hunting purposes, at Újfehértó, intestines were found. In case of poisoning, all of these could have been used as baits. 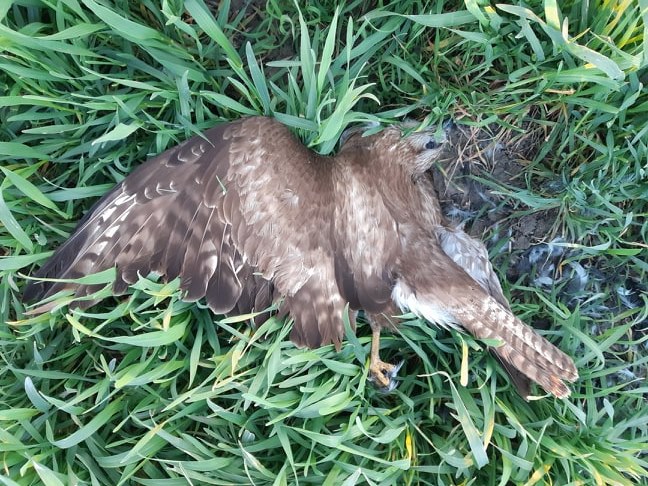 The carcass of a Common buzzard in a cramped position (Photo: György Monori).

The most commonly used poison is carbofuran, which is a neurotoxin, and one of the most toxic carbamate pesticides. This substance is highly efficient and causes immediate death. It also causes secondary fatal poisoning, which means that if something ingests the poisoned carcass, it will die shortly thereafter, this makes it extremely dangerous to wildlife. This effect can be well observed in the above mentioned cases, as not only protected species were found, but game and domestic pet species also. Considering the possible direct contact with humans and human game consumption, these poisoning cases could risk human health. Using and distributing Carbofuran has been banned in Hungary since 2008. 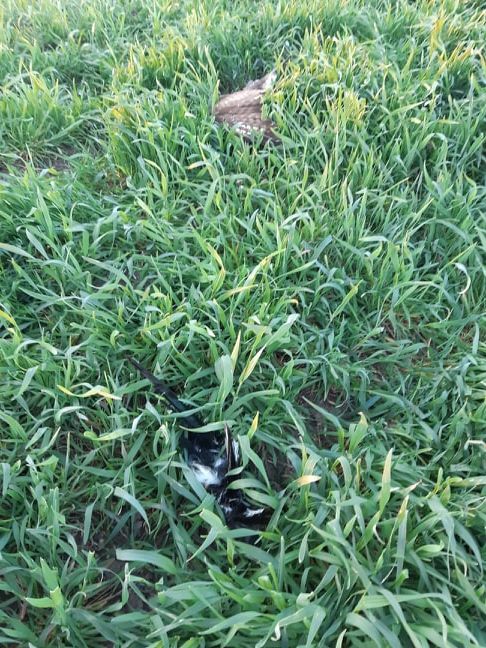 All the cases were discovered by the public and the national park rangers. MME’s anti-poison dog unit were helping the investigation on all four scenes. The dog’s handler, Gábor Deák, and the two search dogs, Falco and Carlo thoroughly searched the scenes, most of the the carcasses and evidences were found thanks to their work. 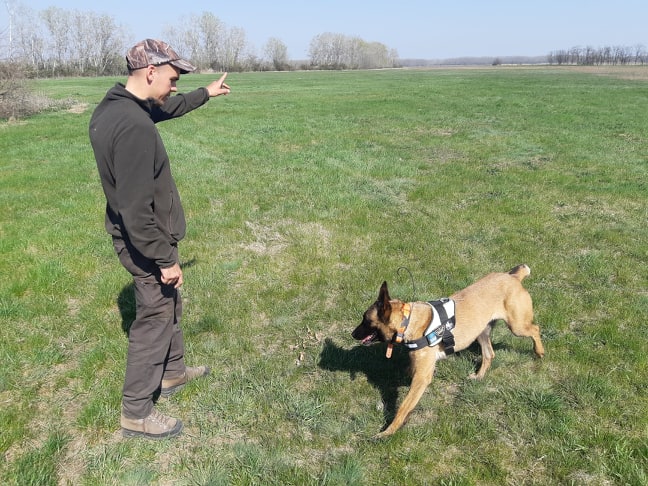 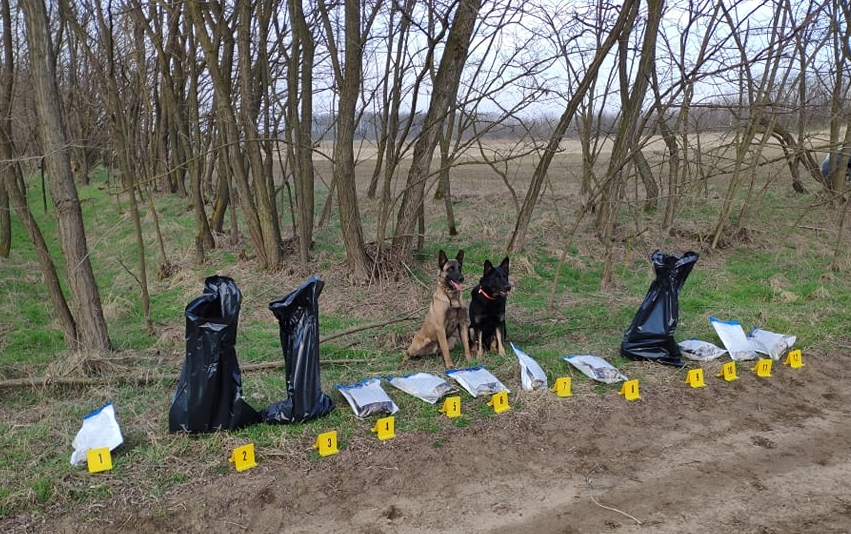 Falco and Carlo near Újfehértó, with the birds they found serving as evidence (Photo: Péter Barna)

The national park ranger service staff had called the police from the crime scene in all cases except the one near Kaba, and investigation was carried out at three scenes while in one case forensic work was done. Some of the samples taken from the carcasses and the egg are still awaiting toxicological examination while the results from the carcasses and guts collected near Újfehértó have arrived already. According to the Veterinary Diagnostic Directorate of the National Food Chain Safety Office, all the evidence contained carbofuran. Therefore, all the crimes of nature destruction, poaching, abuse of poisonous substance and animal cruelty occurred in these case. The evidence collected at two other sites are still awaiting laboratory testing.  The Directorate filed charges in all three cases and the police has been searching for the perpetrators.

In Hungary the remaining natural or near-natural habitats and their communities face numerous difficulties from climate change to shrinkage and disappearance of habitats. Sadly enough, intentional persecution of birds of prey has been increasing again in recent years. In order to continue the fight against this damaging act, following the Helicon Life project, another project, the PannonEagle LIFE+ has started (Link 2), in which MME is the main beneficiary and HNPI is one of the partners. The programme will not only focus on detecting poisoning and developing official protocols but also on consultation with stakeholders (hunters, farmers and veterinarians), treatment and repatriation of injured birds as well as eagle and small-game friendly habitat development.

We hope that, over time, society will appreciate the role and importance of birds of prey in nature and their survival will no longer be in danger by senseless and unreasonable destruction.